The @PMSimferopol account was opened in March 2015 and has nearly 6,200 followers. 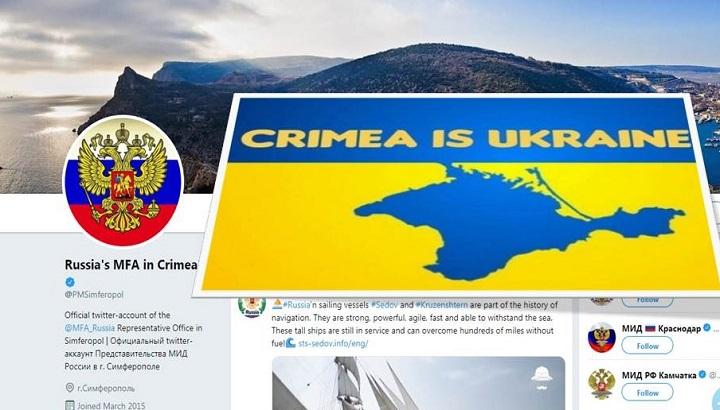 Twitter has verified the "official" Twitter account of the illegally opened "representative office" of Russia's Ministry of Foreign Affairs in the Russian-occupied city of Simferopol (Russia's MFA in Crimea @PMSimferopol).

"We have sent [an] official complaint @TwitterSupport. It's absolutely unacceptable to give so called #Russia's MFA in occupied #Crimea a blue tick!" Ukraine's Embassy to the United Kingdom tweeted on January 10.

We have sent official complaint @TwitterSupport. It's absolutely unacceptable to give so called #Russia's MFA in occupied #Crimea a blue tick! RU illegally annexed Crimea, militarized it & commits gross violations of human rights. Twitter must block that account! #crimeaisukrainepic.twitter.com/CGGQ9RFBem

The @PMSimferopol account was opened in March 2015. Currently, it boasts nearly 6,200 followers.