The detainee, who is now in a detention center in Kherson, will be transported to Kyiv. 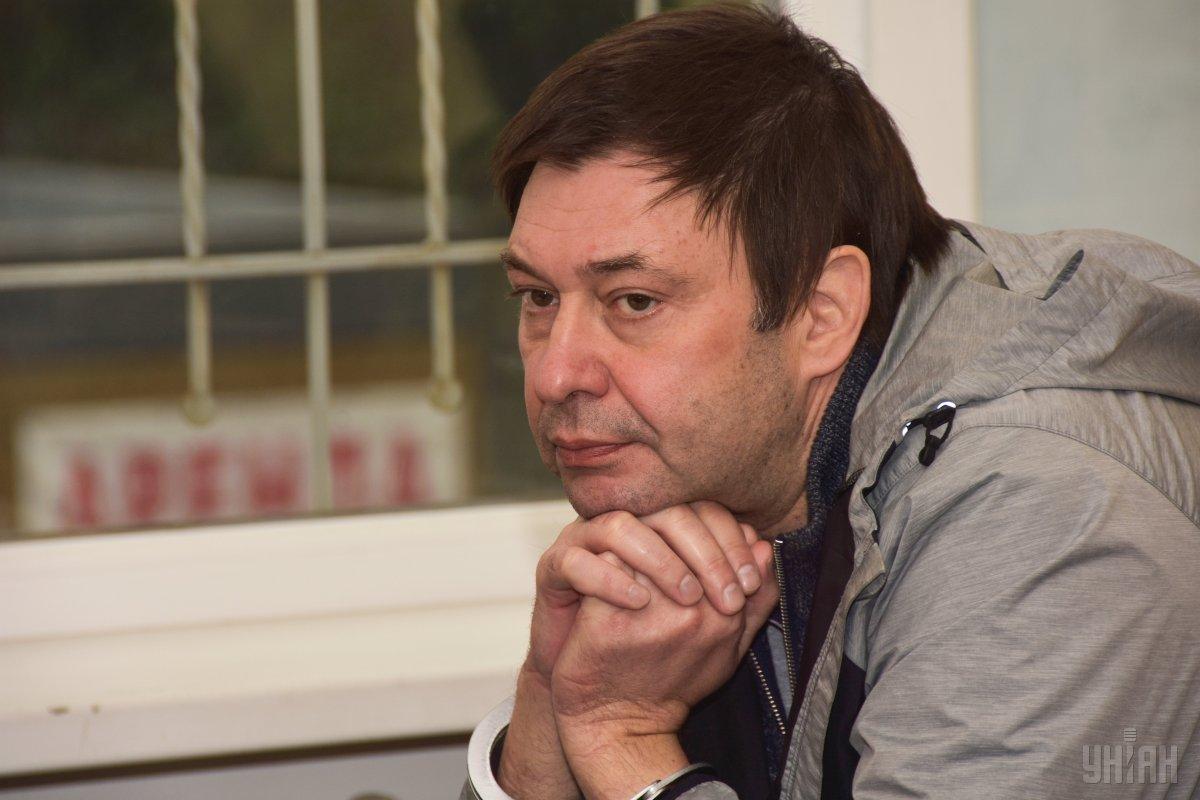 The case on the merits against chief of the Russian RIA Novosti's Kyiv office Kirill Vyshinsky, who was detained on May 15, 2018, on treason charges, will be considered by one of the district courts of Kyiv.

"Vyshinsky and his lawyers were informed about the completion of a pretrial investigation into the criminal proceedings and given access to pretrial investigation materials. Under Article 12 of the Law of Ukraine 'On ensuring the rights and freedoms of citizens and the legal regime in the temporarily occupied territory of Ukraine,' the Kyiv Court of Appeal will decide which jurisdiction this case falls under," the press service of the Ukrainian-based Crimean prosecutor's office, which supervised the pretrial investigation conducted by the SBU Security Service's Main Directorate for Crimea, told UNIAN.

The prosecutor's office also said the case against Vyshinsky would be transferred for consideration to one of the district courts of Kyiv, where the detainee would be transported from a detention center in Kherson.

As UNIAN reported earlier, the press secretary of the Ukrainian SBU Security Service's chief, Olena Gitlianska, said on May 15, 2018, SBU officers had conducted raids in the office of RIA Novosti Ukraine in Kyiv.

On May 17, the Kherson City Court chose Vyshinsky a preventive measure in the form of detention. In November, the court extended the arrest of the suspect until January 27, 2019.

On January 10, 2019, the pretrial investigation into Vyshinsky's case was completed.

If you see a spelling error on our site, select it and press Ctrl+Enter
Tags:News of UkraineRussiaUkraineinvestigationtrialKyivtreasonnewspaperchief