Ukrainian military note that the move fulfills two objectives at a time. 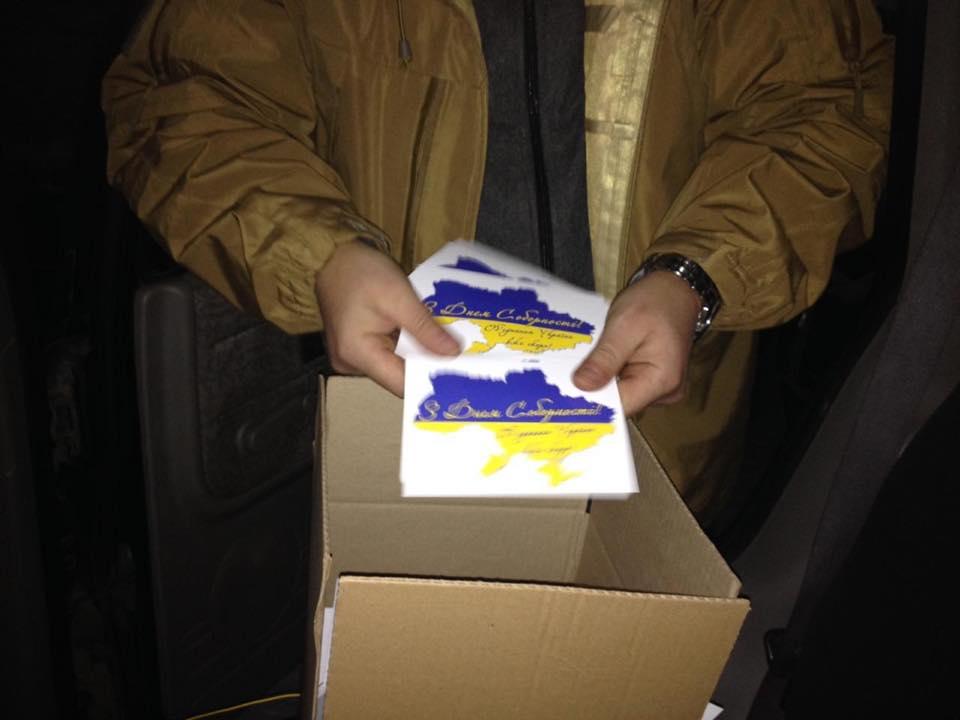 Thousands of blue and yellow postcards were brought on balloons to the militant stronghold of Donetsk in eastern Ukraine on Unity Day, according to the Povernys Zhyvym [Come Back Alive] charity project.

Ukrainian military who serve at the Donbas frontlines this way greeted Donetsk residents on the occasion of Unity Day that Ukraine marks Jan 22, reads the project's Facebook posting.

"Thousands of greeting cards with the image of yellow and blue map of Ukraine flew to Donetsk, carried on balloons. A special tracker recorded the route and the landing location. Most of the balloons landed on Bohdan Khmelnytskiy Avenue," the report says.

Ukrainian military note that the move fulfills two objectives at a time – on the one hand, it's showing that we remember the patriots who found themselves in a forced occupation, and on the other hand, it's to get on the nerves of Russian proxies.

"Let them know that we are closer than they think," the servicemen said.

If you see a spelling error on our site, select it and press Ctrl+Enter
Tags:News of UkraineDonetskgreetingsunityday