The aircraft with the call sign REMIT41 started its patrolling mission at about 09:00 Kyiv time. 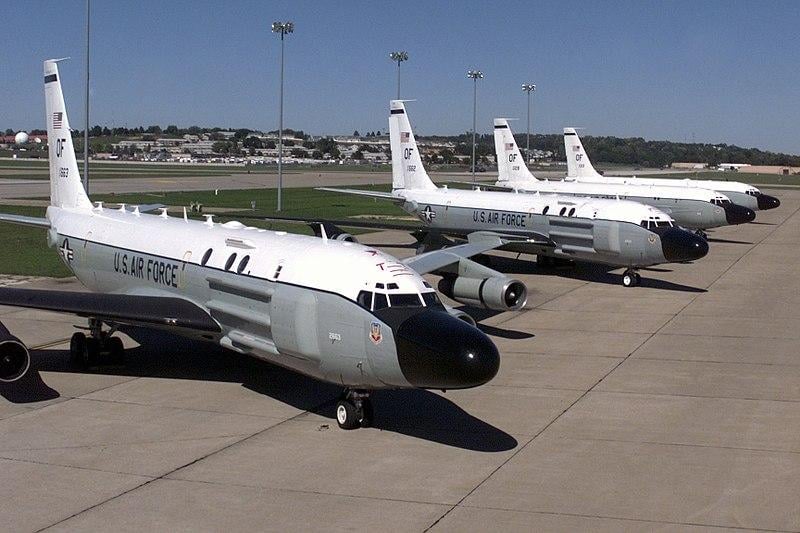 The aircraft with the call sign REMIT41 began patrolling at about 09:00 Kyiv time, according to the Ukrainian Military Portal.

The Boeing RC-135V is based at Souda Bay airbase on the island of Crete.

UNIAN memo. The Boeing RC-135 is a family of large reconnaissance aircraft built by Boeing and modified by a number of companies, including General Dynamics, Lockheed, LTV, E-Systems, and L3 Technologies, and used by the U.S. Air Force and UK's Royal Air Force to support theater and national level intelligence consumers with near real-time on-scene collection, analysis and dissemination capabilities. Based on the C-135 Stratolifter airframe, various types of RC-135s have been in service since 1961.

If you see a spelling error on our site, select it and press Ctrl+Enter
Tags:News of UkraineRussiaCrimeaUSABlackSeaaerialreconnaissance