The enthronement the OCU Primate is an important historical moment for Ukraine, Emmanuel, Metropoletan of France, has stressed. 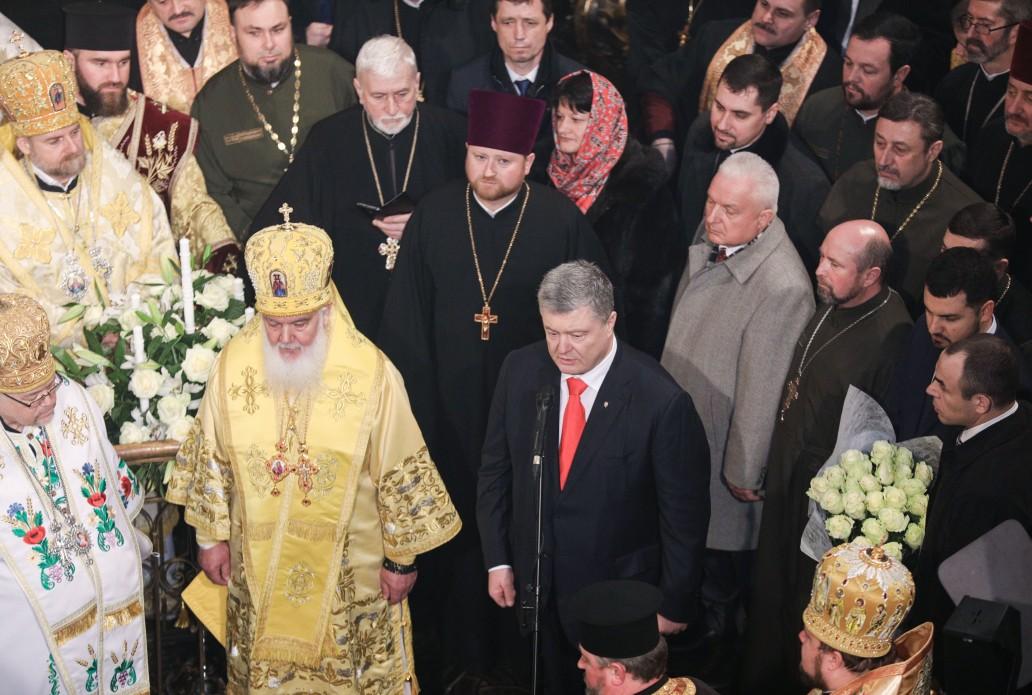 Ukrainian President Petro Poroshenko has received a delegation of the Ecumenical Patriarchate, which arrived in Ukraine to participate in the liturgy and the ceremony of enthronement of a Primate of the newly created Orthodox Church of Ukraine (OCU), Metropolitan of Kyiv and All Ukraine Epifaniy (Epiphanius).

"I'd like to convey my warmest congratulations and words of gratitude to His Holiness the Ecumenical Patriarch Bartholomew over this event. This happened and became possible due to his great love for Ukraine and Ukrainians," the president said on February 3, adding that it was an outstanding event both for church life and the Orthodox community, and for the Ukrainian state as a whole.

In turn, Metropolitan of France, Emmanuel, reaffirmed support of Ukraine and its new Orthodox Church on the part of the Ecumenical Patriarch Bartholomew. "His Holiness moved forward on the issue of granting autocephaly to the Ukrainian church, because the people of Ukraine had asked for it. And you were also the first Ukrainian citizen who assumed, I would say, a risk, but at the same time took a great opportunity," he said, according to the president's press service.

The enthronement the OCU Primate is an important historical moment for Ukraine, he stressed.

Metropolitan Emmanuel added that a representative of Athon's Xenophon monastery, Archimandrite Alexiy came to Ukraine as part of their delegation. It was in this monastery that the text of the tomos was drafted. He expressed hope that President Poroshenko would visit Athos and the monastery where the historic document was prepared.

If you see a spelling error on our site, select it and press Ctrl+Enter
Tags:News of UkrainePoroshenkoreligiondelegationchurch