The said politicians will create a coordinating council in the coming days. 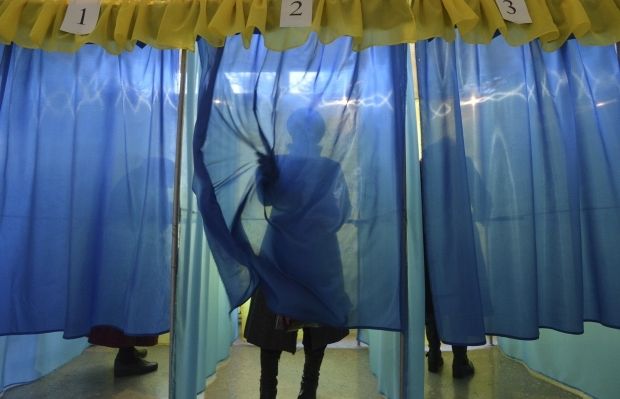 The document was signed during the Right to Power talk show, the TV news service TSN said.

Read alsoEU to call for Ukraine support ahead of elections, in document seen by RFE/RL

The memorandum says: "We, the presidential candidates of Ukraine, realizing that free democratic elections lay the grounds for democratic society; being aware of the importance of ensuring the democratic path of Ukraine's development; we are joining our hands for countering electoral fraud and protecting the free and fair expression of the will of the citizens of Ukraine."

"Presently, the elections are again under threat. Numerous facts indicate that the government is preparing for rigging the election on a large-scale basis. Such attempts to rig the elections destroy the future of our children. The rigged election can translate into chaos, the loss by Ukraine of its statehood. Ukraine is facing risks of derailing its democratic course of development and losing the European vector of integration. The 'For Fair Elections' initiative is designed to protect the right of Ukrainians to fair elections and, as a result, protect the democratic path of development of Ukraine," it said.

"We are calling on other candidates, politicians, public leaders, volunteers, all active citizens of Ukraine to join the 'For Fair Elections' initiative. We also urge every citizen of Ukraine not to be drawn into the election fraud process, and to report on all the facts and attempts of fraud to the coordinating council, which will be created by our political forces in the coming days," it said.

"We also appeal to our international partners to help protect the free choice of the Ukrainian people. Together we must do everything so that those who rig elections find themselves in hot water both in Ukraine and abroad. So that every election fraudster – be it a high-ranking official or an ordinary executor – becomes known and is justly held liable for complicity in the crime," it said.

"All attempts to rig elections in Ukraine have always ended tragically for those who dare do this. Nobody will be able to do it now. Ukraine is not Russia," it said.

"We've agreed to coordinate efforts and joint actions to protect the right of Ukrainian citizens to fair elections and guarantee the country's path towards democratic development."

If you see a spelling error on our site, select it and press Ctrl+Enter
Tags:News of UkraineelectionsfraudTymoshenko