The attacks have come in the form of threats and physical violence from extremist groups to the canceling of broadcasting licenses of specific media outlets by the authorities. 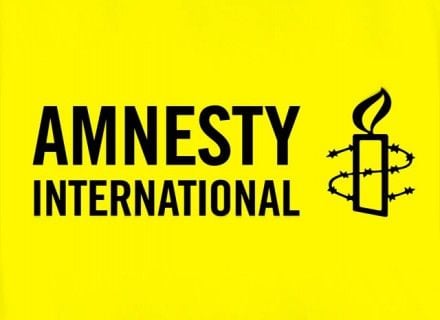 "2018 was marked by a sharp surge of violent attacks against a range of individuals and groups, often in the name of patriotism and 'traditional values,'" the London-based human rights watchdog said on February 8, RFE/RL wrote.

Amnesty said that those subjected to violence included journalists; human rights activists – in particular those defending the rights of women and members of the lesbian, gay, bisexual, and transgender (LGBT) community; members of ethnic minorities, especially Roma; and "those whose political views the attackers regarded as 'pro-Russian.'"

"In almost all instances, the law enforcement authorities have been slow to react and perpetrators were rarely, if ever, brought to justice," Amnesty said, perpetuating a "feeling of impunity" among members of violent groups.

"Independent journalists and media companies, especially those who are accused of disseminating 'pro-Russian' views, have increasingly come under pressure by both the authorities and members of violent groups," Amnesty also said.

The attacks have come in the form of threats and physical violence from extremist groups to the canceling of broadcasting licenses of specific media outlets by the authorities.

Amnesty said that in Russia-occupied Crimea and territories held by Russia-backed separatists in eastern Ukraine, the human rights situation "continued to deteriorate, with the rights to freedom of expression, peaceful assembly, and association under serious threat."

"People who speak out to challenge the de facto authorities in Crimea have been either chased out of the peninsula or imprisoned under trumped-up charges," the group said.

With presidential and parliamentary elections set for later this year, Amnesty International said, politically motivated violence and prosecutions against independent media and human rights activists "are likely to rise further unless and until the authorities fully and in earnest commit to ensuring and protecting all human rights for every person in Ukraine, without discrimination on the basis of ethnicity, gender, or political views."

Ukrainian authorities should take "decisive steps to stop the surge of violent attacks by ensuring effective, impartial, and transparent investigations of all cases," Amnesty also said.

Amnesty added that those who are suspected of involvement in violent attacks should be brought to justice in "fair trial proceedings."

The authorities should also "unequivocally recognize the important role" played by civil society activists, and "fully respect the right to freedom of expression, including media freedom," the human rights watchdog also said.

If you see a spelling error on our site, select it and press Ctrl+Enter
Tags:News of UkraineUkraineactivistsattackshumanrightsAmnestyInternational