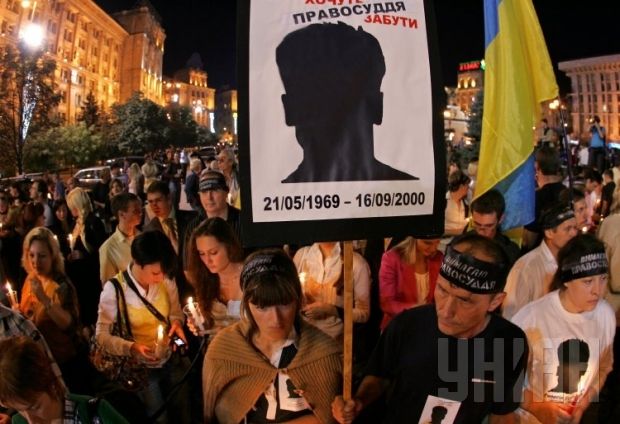 According to UNIAN correspondent, Shokin said this on Monday at a press conference in Kyiv.

Shokin also said that he would personally supervise the investigation in this case.

At the same time, he promised to launch an investigation at the request of a plaintiff in the Gongadze's case, journalist Oleksiy Podolsky who accused the judge of Pechersk district court in Kyiv Andriy Melnyk of exerting pressure on Pukach.

"A procedural decision will also be made with regard to Melnyk," Shokin said.

As UNIAN reported earlier, the journalist Podolsky in the first week of February claimed there was a threat to the life of Oleksiy Pukach, a former Interior Ministry general, who was sentenced to life imprisonment for the murder of journalist Georgy Gongadze.

Gongadze’s murder was committed in September 2000.

On March 15, 2008 the Court of Appeal of Kyiv declared three former servicemen of the External Observation Department of Ukraine’s Internal Ministry - Valeriy Kostenko, Mykola Protasov and Olexander Popovych - guilty of Gongadze’s murder and sentenced them to imprisonment for a term of 12 to 13 years. Pukach was also accused of being involved in the murder.

On January 29, 2013, a court in Kyiv sentenced Pukach to life imprisonment. Podolsky, a plaintiff in the case, appealed against the verdict handed down to Pukach.

On February 6, in the Court of Appeals, Pukach claimed prosecutors Volodymyr Shylov, Roman Voloshyn and the judge of Pechersk District Court Andriy Melnyk forced him not to mention former President Leonid Kuchma and former head of the Presidential Administration Volodymyr Lytvyn in testimony at his trial in 2012.

On the same day, the court satisfied the appeal filed by Podolsky and sent to the Prosecutor General’s Office a statement about the alleged illegal actions by the above mentioned prosecutors and the judge.