Student Ali Mastafayev, born in Yevpatoria in Crimea, attended the rally holding high a Crimean Tatar flag "to show that there are two flags but one state and one country – we are all Ukrainians.” 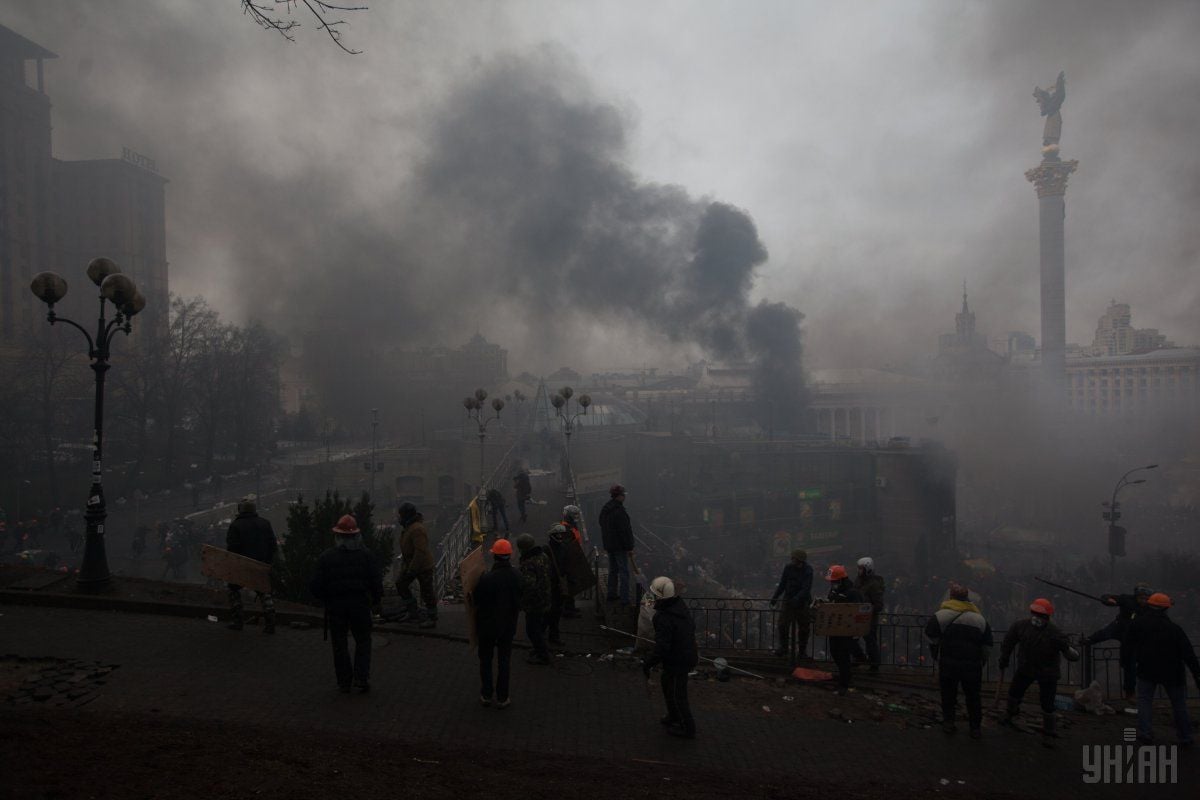 Ukrainian activists in America's capital organized a candlelit vigil on Feb 17 to commemorate the fifth anniversary of the deaths of the "Heavenly Hundred," the more than 100 demonstrators shot dead by Viktor Yanukovych’s security forces during the EuroMaidan Revolution that drove the Kremlin-backed president from power on Feb 22, 2014.

The gathering at the Holodomor Monument was organized by United Help for Ukraine, a group formed to support the popular uprising which began in Kyiv on Nov 21, 2013, after Yanukovych abruptly reneged on a trade and political association agreement to bring Ukraine into closer relations with the European Union, according to Kyiv Post.

Some 100 people attended the event. Ukrainian Catholic and Orthodox priests held a joint service which was addressed by United Help Ukraine members, Ukrainian Ambassador in Washington Valeriy Chaly, and Ukrainian-American Yuriy Sajewych, who was present at the mass protests and witnessed the violence.

Student Ali Mastafayev, born in Yevpatoria in Crimea, attended the rally holding high a Crimean Tatar flag. He came to the U.S. as an exchange student studying accounting and has remained on a two-year work visa.

He said: “I came here with the flag of my nation to show my respect for the Heavenly Hundred and I bring this flag to show that there are two flags but one state and one country – we are all Ukrainians.”

If you see a spelling error on our site, select it and press Ctrl+Enter
Tags:News of UkraineMaidanrallyWashingtonrevolutionofdignitycommemorationHeavenlyHundred