The Ukrainian athletes have beaten rivals from Japan and Spain. 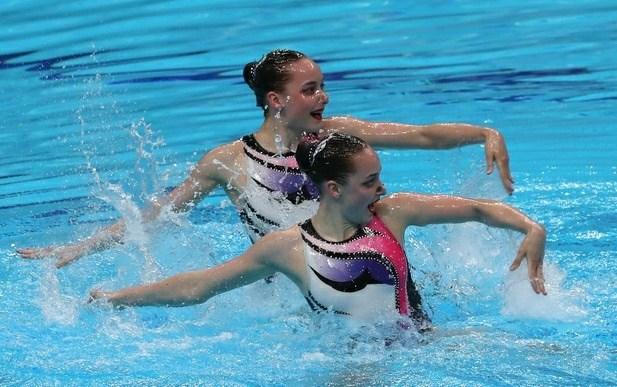 Both duet events were won by Ukrainian pairs: Anastasiya Savchuk and Marta Fiedina clinched gold in the technical with 90.7207, while the twin sisters Vlada Aleksiiva and Maryna Aleksiiva achieved 91.6333 in the free for the gold, according to the FINA's official website.

"Japan, France and Spain were the other nations to medal in these sessions," it said.

World medalists Yumi Adachi / Atsushi Abe of Japan took the top honors in both the mixed events, with 85.8529 and  87.4667 points, respectively. Spain and Brazil secured the silver and bronze medals in this order for both the technical and free too.

The event in Paris was the first one out of the nine scheduled events. It began on March 1. The second event will be hosted by Alexandroupoli, Greece, on April 5-7. The third event will take place in Kazan, Russia, on April 19-21 and the fourth will be held in Tokyo, Japan, on April 27-29.

If you see a spelling error on our site, select it and press Ctrl+Enter
Tags:News of UkraineParisswimming