He is seen as a valuable witness under the program launched by the Security Service of Ukraine titled 'Someone's Waiting for You Back Home." 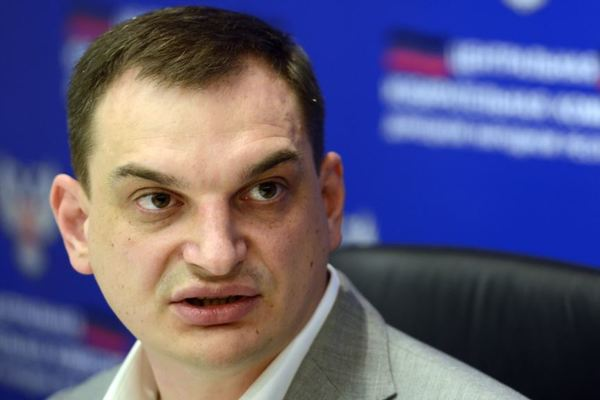 Ukrainian MPs from the Samopomich Party Nataliya Veselova says one of the former senior officials of the self-proclaimed "Donetsk People's Republic" ("DPR"), ex-head of the "DPR Central Election Commission" (CEC) Roman Lyagin, who had organized a pseudo-referendum in Donbas on May 11, 2014, fled to the territory controlled by Ukraine forces.

"Svitlana Dryuk [another 'hero' of 'Novorossiya' ('New Russia'), who defected to Ukraine] is not only a valuable witness, but in a certain sense, an agent of the Ukrainian special services. She obtained for our country valuable documents proving direct participation of the Russian military in the war waged in the Ukrainian territory, and revealing plans for [Russia's] further aggression. Roman Lyagin is also a valuable witness. He is the former 'Chairman of the DPR CEC,' who organized the pseudo-referendum on November 5, 2014," Veselova wrote on Facebook, adding that Lyagin had earlier been imprisoned for some time in the "DPR" after criticizing his colleagues from among militant leaders.

"Having get out of jail, he escaped to the Russian Federation, where he was also threatened with imprisonment. There was only one way out: to go to Ukraine, where he became a valuable witness under the program launched by the SBU Security Service of Ukraine titled 'Someone's Waiting for You Back Home,'" she added.

However, the information that Lyagin is cooperating with the Ukrainian side has not been confirmed yet.

As was earlier reported, Svitlana Dryuk, who was supposed to be an icon of 'Novorossiya' ('New Russia') and was the starring character of the first would-be blockbuster produced in "DPR" for the money given by the Kremlin – "Opolchenochka" ("Militia Woman") – sided with the Ukrainian army. Dryuk has recently secretly collaborated with the Ukrainian special services. She told her "command" that she was traveling to Russia's Rostov-on-Don for personal matters, but finally went with her children to the Ukrainian government-controlled territory.