Corruption probe in defense sector: Preventive measure to be chosen for two suspects 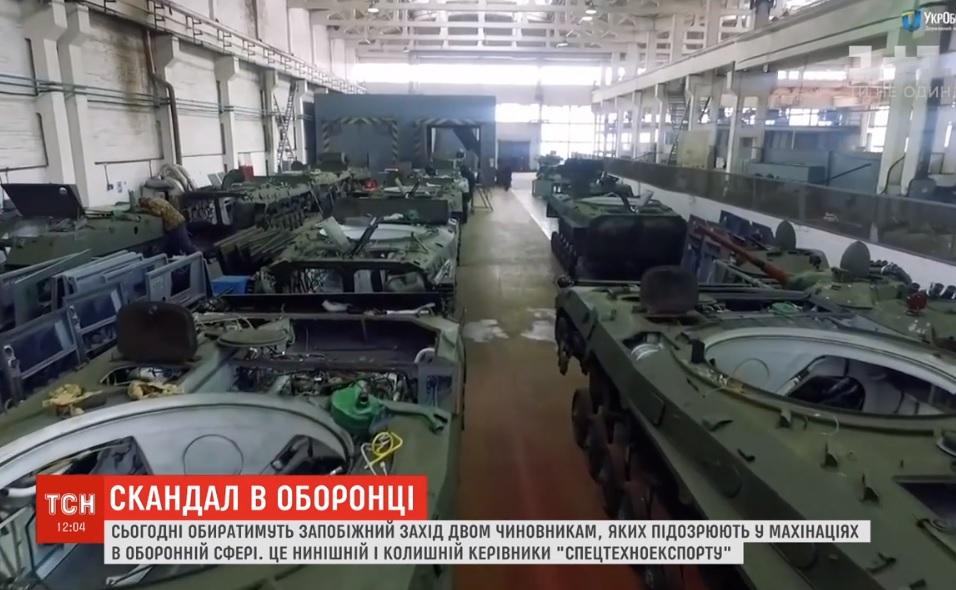 The court is set to elect a preventive measure for two officials suspected of fraud in the defense sector today, March 6.

The suspects are the incumbent and former directors of state enterprise SpetsTechnoExport, which is part of state-run Ukroboronprom Concern, Ukrainian TSN news service reports.

As UNIAN reported earlier, agents of the National Anti-corruption Bureau of Ukraine (NABU) and the Specialized Anti-corruption Prosecutor's Office (SAPO) on March 4 detained the incumbent and former directors of state enterprise SpetsTechnoExport, which is part of state-run Ukroboronprom Concern.

As UNIAN reported earlier, Ukrainian investigative journalists on February 25 released a report claiming that Ihor Hladkovsky, the son of First Deputy Secretary of the National Security and Defense Council of Ukraine Oleh Hladkovsky, is involved in large-scale embezzlement scheme in the defense sector.

On March 4, the president signed a decree to dismiss Hladkovsky from the post of First Deputy Secretary of the National Security and Defense Council.

If you see a spelling error on our site, select it and press Ctrl+Enter
Tags:News of Ukraineprobecorruptiontrialanticorruptiondefensecourt