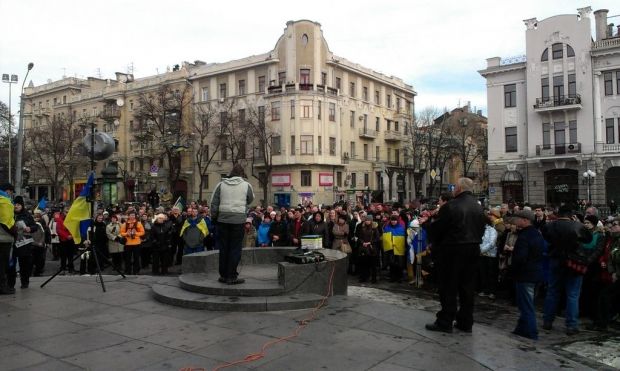 The 15-year-old boy was admitted to hospital on Sunday with severe head injuries from the blast, which killed two other people at the scene.

The boy was in a coma, and died from his injuries on Monday, despite the efforts of doctors to save his life, according to a report from the press service of the Kharkiv City Council.

As UNIAN reported earlier, on February 22, the explosion occurred near the Palace of Sports in Kharkiv, killing two people at the head of a peace march – Police Lieutenant Colonel Vadym Rybalchenko and activist Igor Tolmachev. Another ten people were injured and hospitalized, among them the 15-year-old boy.

Criminal proceedings have been opened following the incident under Part. 3 of Art. 258 of the Criminal Code of Ukraine (terrorist act causing casualties).

February 23 was declared a day of mourning in Kharkiv for those killed in the bomb attack.

Ukraine’s SBU security service said on Sunday it had arrested four people in connection with the blast. It said the four were Ukrainian citizens trained in the Russian city of Belgorod to carry out the attack.