A final decision is expected in mid-June. 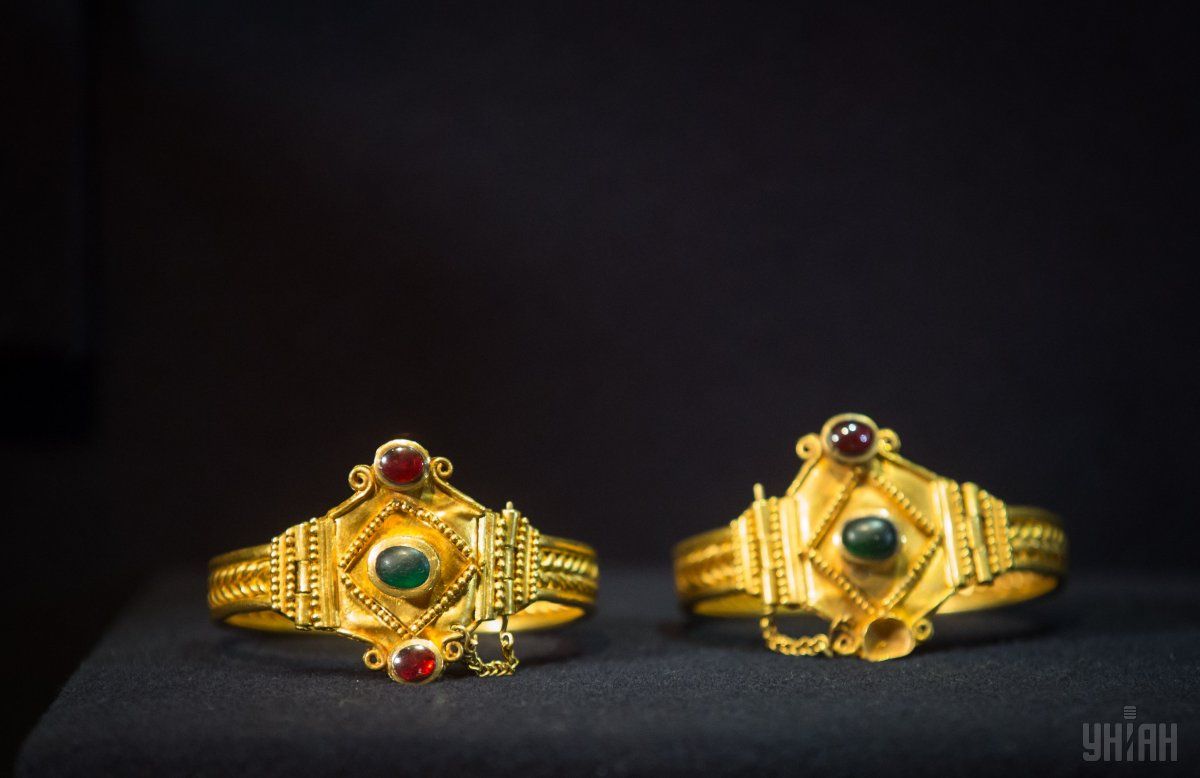 The exhibition included items originating from four museums in Crimea and one museum in Kyiv, Ukraine's capital / Photo from UNIAN

Ukraine and Russia are locked in a legal dispute over a precious collection of gold artifacts from Russian-occupied Crimea.

"The collection includes ancient jewelry, gems, helmets and scabbards from four museums in Crimea. It was on loan to a museum in the Dutch capital of Amsterdam in 2014 — around the same time Russia annexed Crimea from Ukraine," NBC News said.

The exhibition included items originating from four museums in Crimea and one museum in Kyiv, Ukraine's capital.

The collection highlights the rich history of Crimea as a staging post at the crossroads between Europe and Asia.

In August 2014, the Allard Pierson Museum returned the artifacts it borrowed from the National Museum of History of Ukraine. However, after facing "conflicting claims" of ownership from both sides, it is still in possession of 572 disputed items.

In 2016, a Dutch court ruled the artifacts must be returned to Ukraine because they are part of the country's heritage, but the Crimean museums appealed the decision.

An appeal hearing took place in an Amsterdam court on Monday, March 11, where lawyers from both sides presented final arguments.

Marielle Koppenol-Laforce, a Rotterdam-based lawyer who represents the Crimean museums, told NBC News the museums were the original keepers of the historic artifacts at the time of the exhibition in Amsterdam and they still are.

Maarten Sanders, one of the lawyers representing the interests of Ukraine, said the annexation of Crimea has been declared illegal by the United Nations, the European Union and many other international bodies.

"On the basis of international law, the Netherlands and its courts should not recognize the annexation," Sanders said. "This implies that any claim for archaeological finds or cultural heritage from Crimea is to be made by its recognized sovereign state, which is Ukraine."

A final decision is expected in mid-June, but that date is not set in stone.