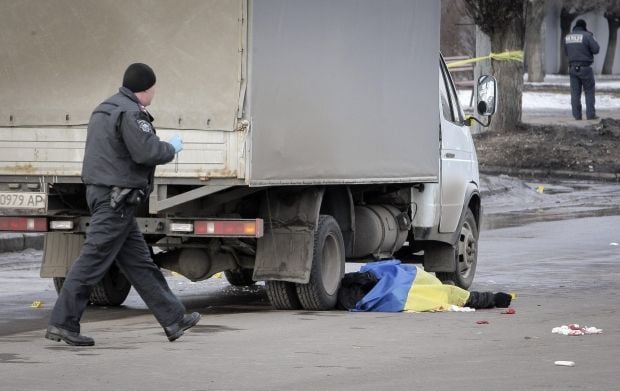 According to Nalyvaichenko, in the course of the case investigation the Security Service arrested 11 people in the city of Kharkiv and the region who have been involved in commiting and preparing for terrorist acts.

The leader is a resident of Kharkiv, born in 1978, and is a member of the local non-governmental organization Oplot, while the other two detainees are Russian.citizens.

As UNIAN reported earlier, on February 22, an explosion occurred near the Palace of Sports in Kharkiv, which resulted in the deaths of four people and injuries to more than ten.

Those who were injured and killed were attending a peace march to mark the anniversary of the overthrow of former Ukrainian President Viktor Yanukovych, who fled Kyiv after months of massive public protests against his rule.