The media group says the information spread by Petro Poroshenko on Facebook as well as in a news report based on an interview given by the president to Radio NV misleads Ukrainians, making them think that the TV channel's media activity is biased. 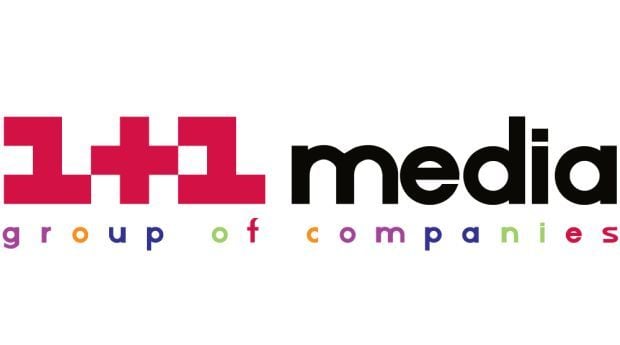 In its lawsuit, the media group asks the court to declare unreliable and damaging business reputation a number of news reports that were spread by Petro Poroshenko on his official Facebook page, and also announced at a meeting of citizens and posted by Media-DK Publishing House LLC on https://nv.ua/, seeking their retraction within seven days from the date the judgment enters into force. Also, 1+1 media is seeking UAH 1 million (an equivalent of US$37,000) in compensation from President Petro Poroshenko for moral harm. The company will transfer these funds to the Back and Alive army support fund.

The media group says the information spread by Petro Poroshenko in a Facebook post as well as in a news report based on an interview given by the president to Radio NV misleads Ukrainians, making them think that the TV channel's media activity is negative, prejudiced and biased in nature and is most likely connected with violations of the law, because the media, according to the president, is also influenced by the owner of the TV channel, who "has declared war on the state," that is, does damage to all citizens of Ukraine. This affects the 1+1 media group's business reputation it has been working on for years, this undermines the credibility and confidence in information activities, and discredits the media holding in the eyes of TV viewers and partners, including international ones.

The point at issue are the following statements by the President of Ukraine: "Whatever 1+1 employees harassed by [Ihor] Kolomoisky say about me, it has nothing to do with the truth;" "The main tool for spreading lies over the past months, sadly, was 1+1. This channel has turned into an obedient executor of the political orders of its owner;" "And this has become the cause behind the information war, which the owner of 1+1 has unleashed against the state. [They] did not even have any scruples about rebroadcasting Russian channels' fakes in bulk simply by recording and retransmitting them, except the only thing – they translate [them] into Ukrainian. And whatever that channel's workers, harassed by Kolomoisky, say about me, you should know that it has nothing to do with the truth and even slightly with honest journalism;" "And now this channel's work has nothing to do with journalism."

Thus, the post and both videos feature Ukrainian President Petro Poroshenko who actually notes that TV Channel 1+1 works in violation of legislation, editorial policy and journalism ethics and standards, spreading false and misleading information, and also claims that journalists and employees of TV Channel 1+1 act under pressure, influence and harassment of the ultimate beneficial owner.

We would like to note that the widespread information is not true. The activities of 1+1 media are in line with the legislation of Ukraine, as well as is being guided by the editorial charter of LLC TV Broadcasting Company "Studio 1+1," which provides that its owner has no right to interfere with creative activity, and channel 1+1 has no obligations to political parties and individual politicians. During election campaigns, the channel does not give preference to any political force, following the principle of equal opportunities and parity. Employees of TV Channel 1+1 act independently and are not subject to interference from the ultimate beneficiary, as well as to any influence or intimidation.

The 1+1 media group emphasizes that the accusations and false information generated by the president against the media group, its journalists and employees have reached a critical level. Petro Poroshenko has not provided any evidence to confirm his words either during the spread of this information or as of the day when the lawsuit was filed; the journalists have not heard any apologies either. The president has not taken advantage of this opportunity even when, without being invited, using his status as the head of state, he actually "seized" the live broadcast of the "Right to Power" TV talk show – to the surprise of the editorial group and hosts.

We would like to stress that the journalists and all employees of 1+1 media have their own political preferences, no one forces them, intimidates or imposes any opinions on them – they are guided by generally accepted standards in their work. After all, there are the editorial rules of the free world that are understandable to everyone, and now they are rather an exception in the media in Ukraine than the rule, and 1+1 remains the only TV channel that allows itself objective criticism of the president. We hope that the rights of the channel and the honor of the media group will be protected.