The perpetrator is a Russian national working for Russian intelligence, Hrytsak said. 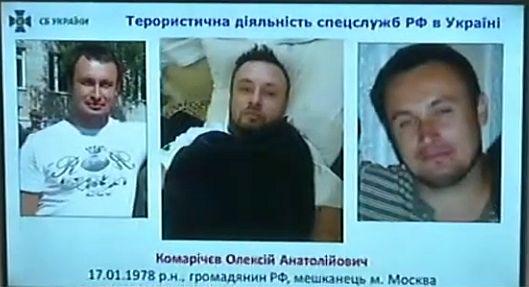 Head of the SBU Security Service of Ukraine Vasyl Hrytsak has said a saboteur who attempted to plant an explosive device under the car of a Ukrainian intelligence officer and was heavily injured as the IED set off early, is alive and in custody.

The perpetrator who goes by the name of Alexei Komarchev turned out to be a leader of the Russian sabotage and terrorist group.

Earlier the official statement of the Prosecutor General's Office stated the attacker had died of numerous bodily injuries of varying severity after being admitted to a hospital.

Hrytsak said on April 4, 2018, an improvised explosive device detonated early as the attacker was planting it at the bottom of the car owned by a Ukrainian military intelligence officer.

"As a result of this early explosion, the perpetrator, who is also the leader of the Russian sabotage and terrorist group, suffered severe injuries," he said at a Kyiv briefing, according to an UNIAN correspondent.

According to Hrytsak, SBU gathered irrefutable evidence proving that the murder of Ukrainian intelligence officer Maksym Shapoval, who was killed in a car blast in Kyiv on June 27, 2017, and an attempt to blow up an intelligence officer on April 4 of this year, were planned, financed, and organized directly by Russian special services.

"These were joint operations of the FSB of the Russian Federation and the Main Directorate of the General Staff of the Armed Forces of the Russian Federation, known as the Russian military intelligence. The organization and implementation of both terror attacks were committed by the same persons from among the officers of the Russian special services. The executor of an unsuccessful attempt to blow up a car has survived, although he is now in a grave condition, at the hospital. He is in custody, he is a target of our investigation," Hrytsak said.

"He is a leader of the Russian terrorist sabotage group who directly planted an explosive device at the bottom of the car of a Ukrainian intelligence officer. He is a Moscow-based citizen of the Russian Federation, Komarichev Alexey Anatolyevich, born on January 17, 1978," the SBU chief added.

According to the SBU, "during different periods of his life, Komarichev served as an officer of a regiment of the Moscow government and the Federal Drug Control Service of the Russian Federation, and was dismissed under compromising circumstances in 2016, and later started working for military intelligence under the FSB pressure."

"With the assistance of the FSB, he [Komarichev] had been released from custody, as he was being detained for some time and involved in sabotage activities in the EU, as well as in Ukraine – as an officer of the Russian military intelligence," Hrytsak said.

If you see a spelling error on our site, select it and press Ctrl+Enter
Tags:News of UkraineRussiaSBUterrorismFSBGRU