International exercises will be held in the northwestern part of the Black Sea, in Mykolayiv and Odesa regions of Ukraine. 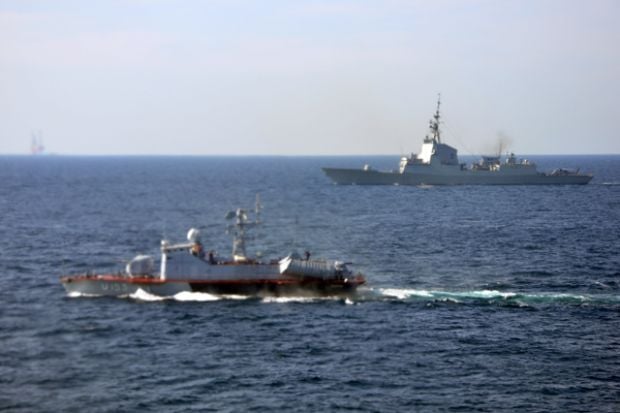 About 30 warships, 30 aircraft, and more than 900 Marines from different countries are planning to take part in the Ukrainian-U.S. exercises Sea Breeze 2019.

According to the press service of the General Staff of the Ukrainian Armed Forces, the final conference on the planning of Sea Breeze 2019 in line with NATO standards is being held in Odesa.

“The purpose of the event is to finalize the plan for the maneuvers, the format of participation of the countries involved, and venue reconnaissance. International exercises are set to be held in the northwestern part of the Black Sea, in Mykolayiv and Odesa regions," the statement says.

It is noted that besides representatives of Ukraine, those of 14 NATO partner countries are attending the conference.

Ukrainian Navy officials and those of other types of Ukrainian Armed Forces and law enforcement agencies joined the planning effort.

"The main advantage of the current exercise will be the scale and unique format of the maneuvers, since the personnel of the Ukrainian Navy together with partners will perform tasks according to NATO standards wherever possible – at sea, land, air, and under water," said first deputy commander of the naval forces of Ukraine, Rear Admiral Oleksiy Neizhpapa.

The General Staff emphasizes that the current Ukrainian-U.S. maneuvers of the Sea Breeze series, as always, will be multifunctional and very useful for all participants.

If you see a spelling error on our site, select it and press Ctrl+Enter
Tags:News of UkrainedrillsNATOUSABlackSeaexercisesSeaBreeze