Boarding groups were deployed both by air and sea. 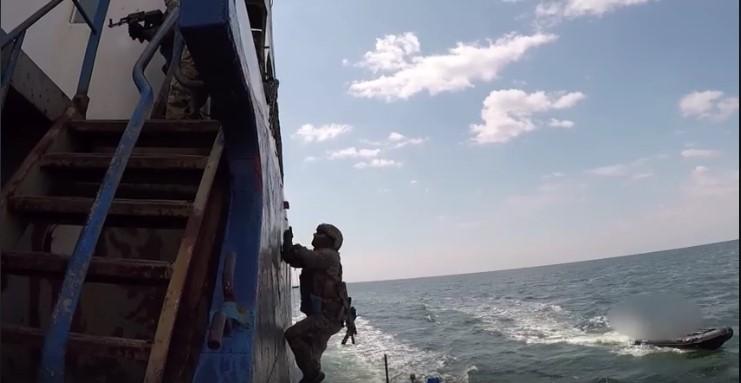 The General Staff press service posted a spectacular video from the recent drills held in the Black Sea where units of the Maritime Special Purpose Center of the Special Operations Forces Command worked out the seizure of vessels on the high seas as part of VBSS (visit, board, search and seizure) exercises.

The General Staff noted that during the vessel seizure training, boarding groups descended from helicopters using the Kanat system, and approached the targeted vessel by water on their high-speed boats.

If you see a spelling error on our site, select it and press Ctrl+Enter
Tags:News of Ukrainedrillsseizureshipexercisesspecops