The patriarch stressed the Ukrainian Orthodox Church of the Kyiv Patriarchate had not been liquidated. 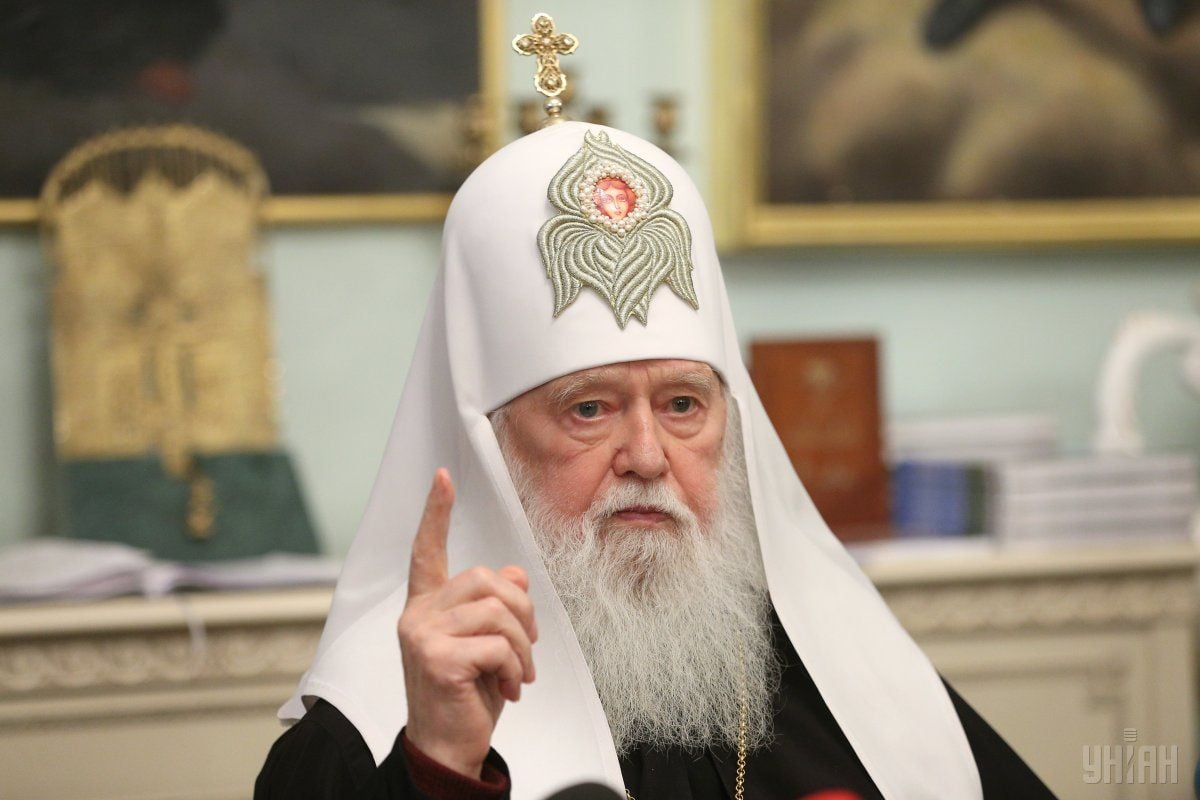 Honorable Patriarch Filaret admits a split in the newly formed Orthodox Church of Ukraine (OCU) and claims he has the authority to convene a council.

According to Filaret, he talked with Metropolitan of Kyiv and all Ukraine, head of the Orthodox Church of Ukraine Epifaniy no more than five times since the establishment of the OCU.

At the same time, he argues he has the authority to convene a council as a church primate.

Answering the question on whether he admits a split in the OCU, Filaret said: "I admit this. But we will create a single church."

In addition, he stressed the Ukrainian Orthodox Church of the Kyiv Patriarchate (UOC-KP) had not been liquidated.

"It exists. It does not need to be restored. Is there a patriarch? If there is a patriarch, there is patriarchy. It's the Kyiv Patriarchate. Therefore, there is no need to restore the patriarchate. It exists, and it should exist... And there will be patriarchy. And it will not be unrecognized. Time will come when it is recognized," Filaret said.

Meanwhile, the Ministry of Culture said the statements about the alleged resumption of activities of such a religious association as the UOC-KP in Ukraine were not true.

Earlier, the media published reports claiming there were serious misunderstandings and even a serious conflict between Filaret and Epifaniy. In particular, Filaret seems to seek to restore the structure of the UOC-KP and his influence on the church, while Epifaniy's associates tend to support the "Greek system" of the OCU proposed by the Phanar.

On May 14, Filaret invited the OCU's hierarchs to the traditional UOC-KP prayer celebration in honor of holy martyr Makariy to St. Volodymyr's Cathedral in Kyiv. Invitations were sent on the UOC-KP's forms and signed by Filaret. In addition, the patriarch refused to recognize the UOC-KP as liquidated as a result of the creation of the OCU.