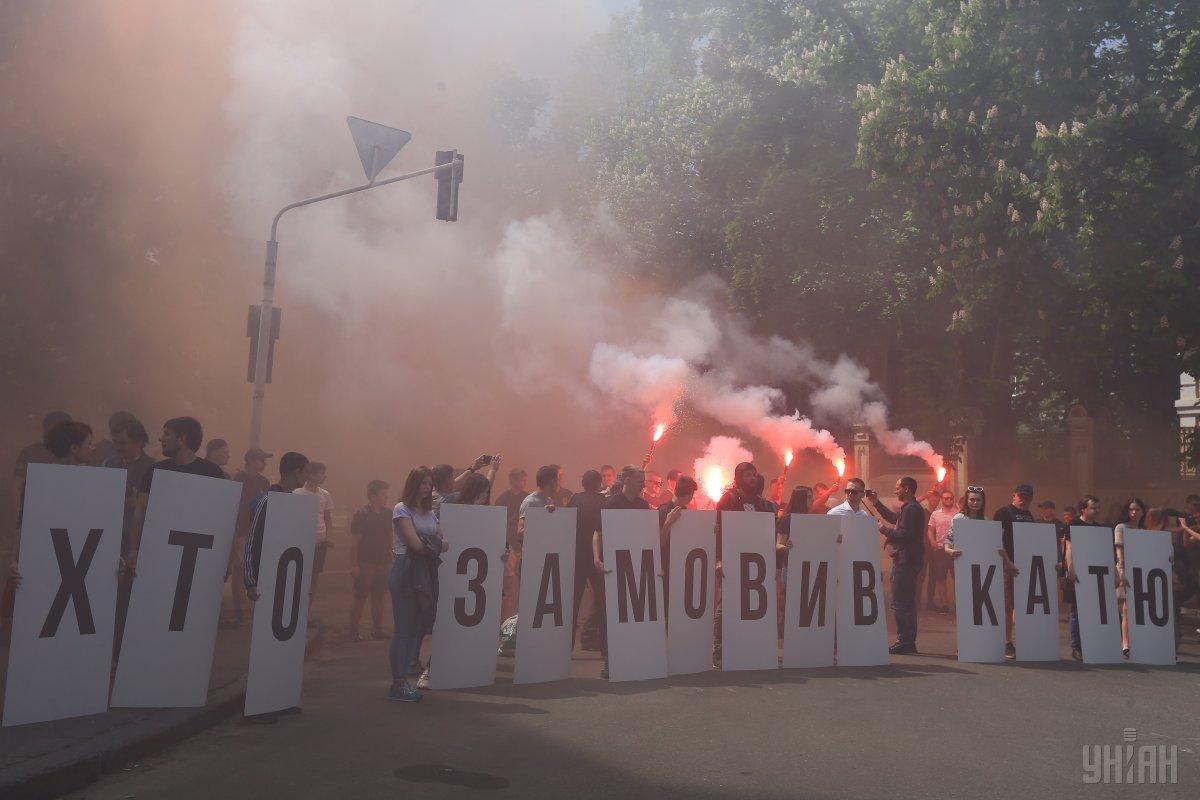 Several Ukrainian and world cities on Saturday held a protest titled "Who ordered Katia Handziuk?" with a demand to punish organizers and murderers of the activist.

"Both then and now we are protesting to defend our dignity and the right to a safe life in our country. We demand an answer: who killed Katia, who ordered attacks on activists, who organized terror for us? We demand punishment. We remind the society and the new government that the majority of attacks on activists have not yet been disclosed, and customers are unpunished. This cannot be in Ukraine of our dreams," the protesters said.

The protests were announced in 40 Ukrainian cities, as well as in world ones, such as Strasbourg, London, Berlin, Prague, Brussels, Warsaw, Paris, and in several cities of Canada.

The protesters announced one single requirement for the new government: to stop the terror of civil society and punish those responsible.

The all-Ukrainian protest was organized by Kateryna's friends and relatives, as well as non-indifferent people.

If you see a spelling error on our site, select it and press Ctrl+Enter
Tags: #News of Ukraine#world#Ukraine#protests#punishment#KaterynaHandziuk#Handziukmurder
Latest news