Restoration and construction of the “Beit Kadishin” memorial complex is planned to be completed within five years. Co-president of the Association of Jewish Organizations and Communities of Ukraine (“Vaad”) says that they are planning to build a three-level pavilion on the back side of the building in order to place a museum exhibition there.

LB.ua writes about “Beit Kadishin” restoration stages. During the construction of “Beit Kadishin”, technologies unique for that time were used: for the first time in Europe, an architect Max Morgenstern designed a huge reinforced concrete dome. In “Beit Kadishin” were held farewell to the deceased according to the religious Jewish ritual. The important part of the decor are memorial prayers on the walls, as well as a monumental memorial plaque with the names of philanthropists, who donated funds for the construction of the building. 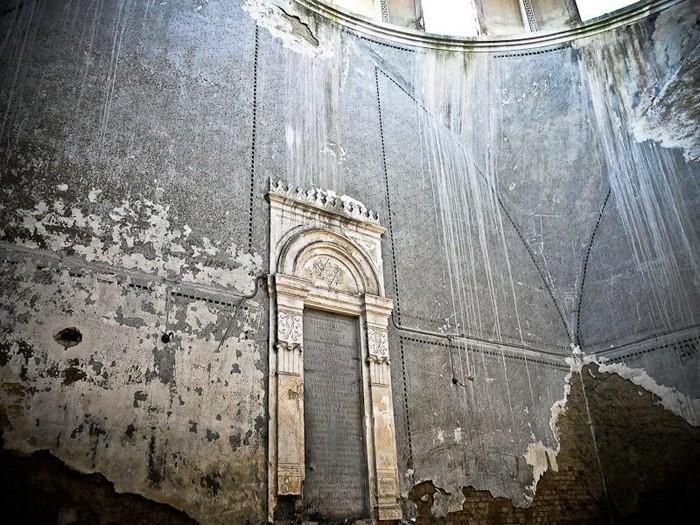 Memorial plaque with the names of philanthropists in “Beit Kadishin”

“During restoration the historical building will be fully preserved, and we are planning to build a three-level pavilion on the back side of the building in order to place a museum exhibition there… “Vaad” of Ukraine is directly related to the reconstruction, because in 2015 the city authorities of Chernivtsi for 49 years handed over the “Beit Kadishin” building to our organization. In 2017, the German government allocated 100 000 euros for the exterior repair of “Beit Kadishin”. For the money the facade was repaired and the dome was restored. In general, the repair of the building and the creation of a memorial center will cost about one million euros, although earlier we assumed that 800 thousand would suffice. So far, it has not been possible to accumulate such a sum”, comments Andrey Adamovskiy. He adds that an internal restoration of the building is planned for this summer. 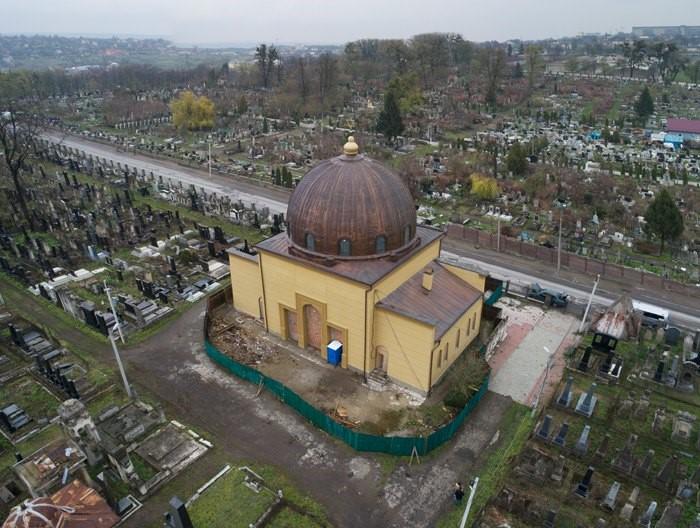 “Beit Kadishin” after the restoration of the facade and the dome

Co-president of the “Vaad” of Ukraine Josef Zisels says that the exhibition will reveal painful questions related not only to the Holocaust, but also to the pre-war period. In particular, we are talking about the occupation of Northern Bukovina by the Soviet Union in 1940, about collaboration and complicity in a crime. “The exposition of the future museum will include photographs, preserved documents and authentic objects of that period”, says Josef Zisels.

We are planning to complete the restoration and construction of the memorial complex within five years. Adamovskiy is sure: “Beit Kadishin” is our memory. It must be preserved for future generations. Together we will succeed”.