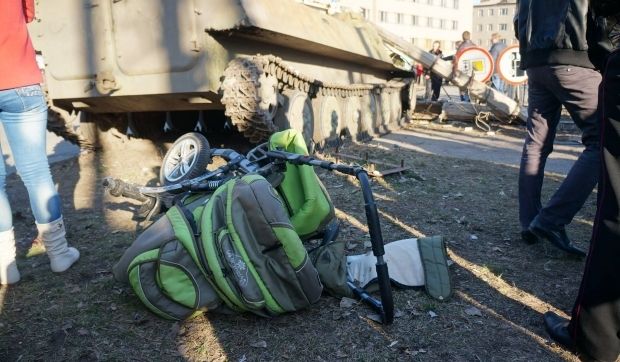 "We will introduce restrictions on the movement of military hardware and we will set new travel routes. The movement of tracked vehicles under their own power will be strictly forbidden. Only on trailers," he said.

"Such activities will be extended to the entire area of Donetsk region that is controlled by the Ukrainian authorities," Kikhtenko said.

"We are planning to hold these measures together with the management of the Anti-Terrorist Operation," he said.

As UNIAN reported earlier, on Monday, in Kostiantynivka, an armored personnel carrier of the Ukrainian armed forces was involved in an accident with pedestrians. An eight-year girl died, and her mother and a baby hospitalized. A crowd gathered at the scene, with people becoming aggressive and throwing stones at military vehicles that passing by. The Ukrainian soldiers involved in the accident were taken to Kramatorsk for their own safety.

Later the crowd was involved in rioting near a building that houses the Ukrainian military in the town.