The last group of the Ukrainian sailors from the Sea Shark vessel returned in the early hours today. 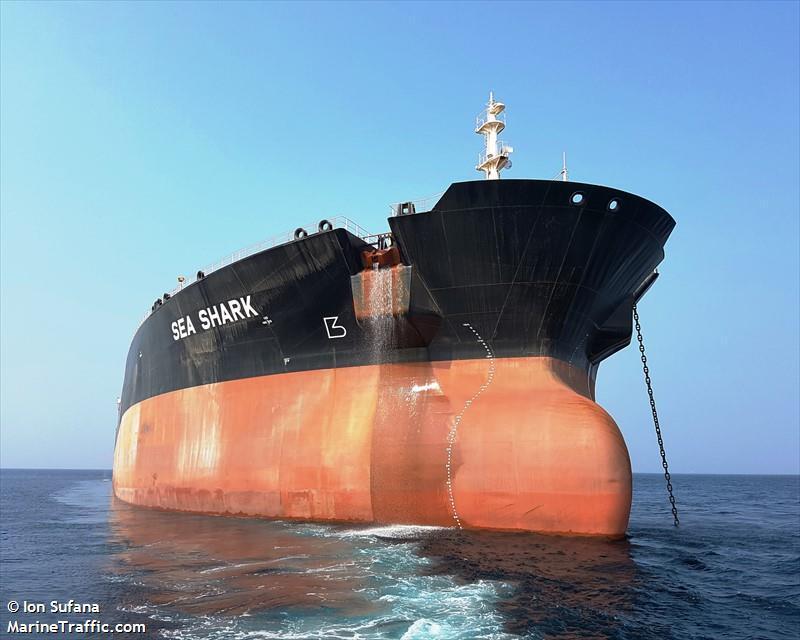 Deputy Director-General for Consular Service and Head of the Consular Support Department at Ukraine's Foreign Ministry Vasyl Kyrylych has said all 17 Ukrainian crewmembers of a Panama-registered oil tanker, Sea Shark, detained in Egypt in December 2018 for the violation of Egypt's borders, have returned home.

The diplomat said the last nine Ukrainian sailors from the Sea Shark vessel returned in the early hours of Thursday, May 30. "They arrived at about 01:00 a.m.," Kyrylych told UNIAN.

Thus, all 17 Ukrainian crewmembers of the vessel have returned from Egypt, he added.

Having receiving the relevant permission of the Egyptian naval forces, the Sea Shark vessel was on April 25 removed from the anchor in the port of Berenice and departed to Egypt's Ein El Sokhna Port, located 100 km from Cairo, where the replacement of crew members was to take place. Yet, on April 27, when the ship arrived at the port of Ein El Sokhna, the Egyptian military prosecutor's office demanded that the crew unload the crude oil the ship was carrying over an alleged environmental threat that was possible if it leaked into the water area.

Ukraine's Foreign Ministry demanded that the Egyptian side explain the detention of the tanker with 17 Ukrainians on board.

On May 19, the Egyptian military banned access of Ukraine's consul to the 17 Ukrainian sailors kept at the Egyptian Navy's base. On May 20, the Egyptian Foreign Ministry promised to assist in returning the Ukrainians home.

First five Ukrainian crewmembers of the Sea Shark vessel arrived in Ukraine on May 27.

If you see a spelling error on our site, select it and press Ctrl+Enter
Tags:News of UkraineUkrainedetentionEgyptMFAUkrainereturnsailorsSea Shark vessel