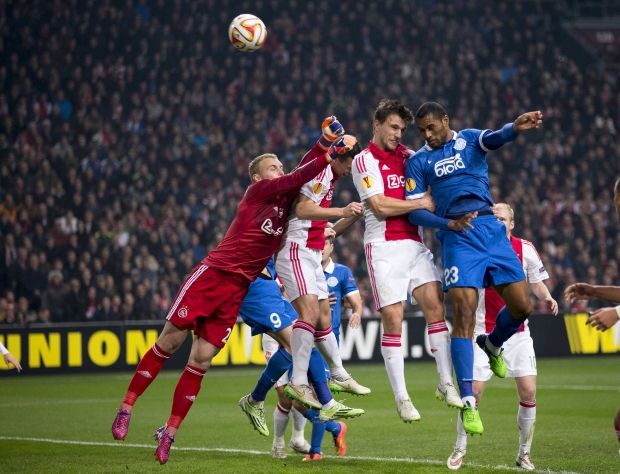 Dnipro scores one goal in Amsterdam / Photo from Reuters

"There was something of a shock at the Amsterdam Arena, as Dutch giants Ajax were knocked out of the Europa League at the last 16 stage by Ukrainian club Dnipro, thanks a wonderful strike in extra-time by Yevhen Konoplyanka (97')," Jordan Harris wrote on football blog Caughtoffside.com.

As UNIAN reported, Dynamo Kyiv soundly beat Everton in the UEFA Europa League round of 16 in Kyiv earlier on Thursday, the score was 5-2, which let the Ukrainian team see the quarterfinals.

The draw for the UEFA Europa League quarterfinals is scheduled for Friday when eight clubs from six countries will learn their opponents.

Watch the draw streamed live on UEFA.com from 13.00 CET on Friday.