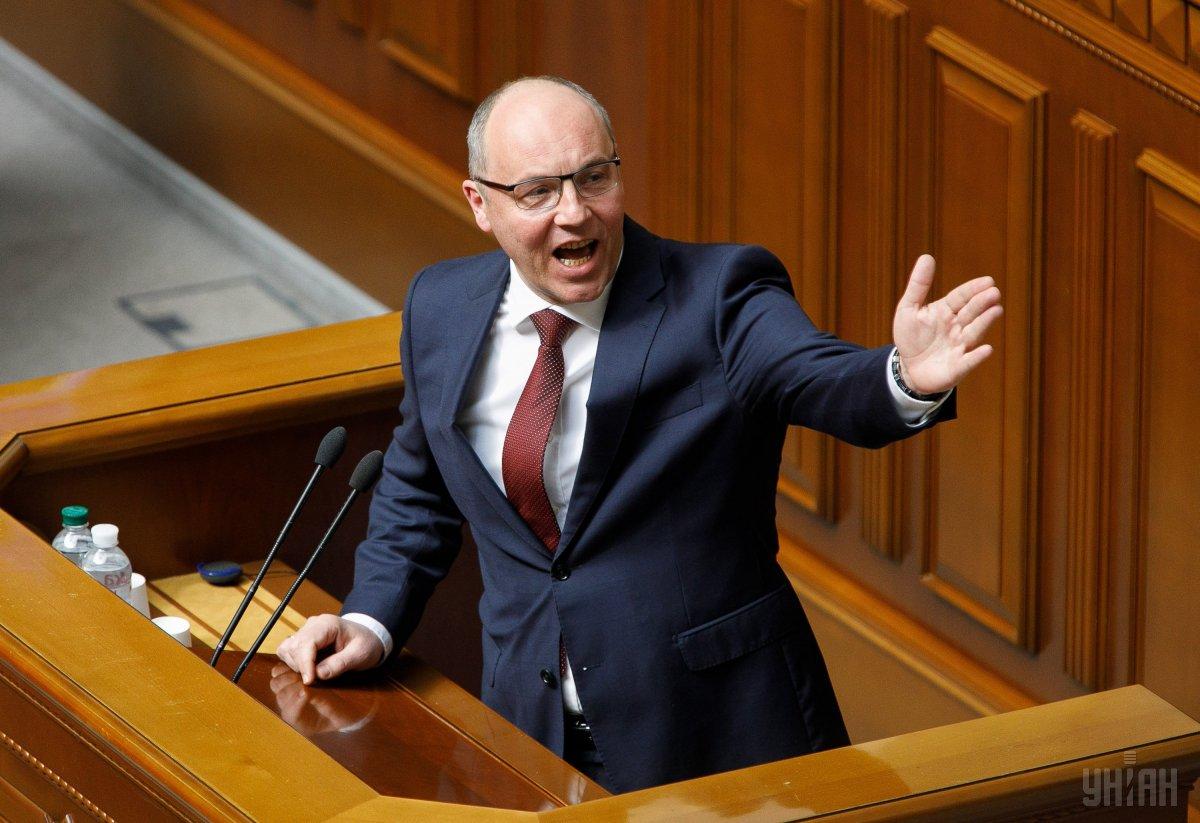 "This week we sadly learned that Putin's crony became a co-owner of another all-Ukrainian channel. Several all-Ukrainian TV channels are already directly or indirectly in the hands of the pro-Russian puppet. And it's alarming, perhaps, to all Ukrainians, because information war is one of the key battlefields in a hybrid war," he said during the Conciliation Council, according to an UNIAN correspondent.

He expressed support and solidarity with journalists and other staff of ZIK TV channel who "quit not to become an information weapon against Ukraine in the hands of the Kremlin."

"We respect your position and adherence to principles," Parubiy said.

As reported earlier, member of the Opposition Bloc faction Taras Kozak, who is an ally of Viktor Medvedchuk, Vladimir Putin's closest political operative in Ukraine, became the owner of ZIK TV channel.

If you see a spelling error on our site, select it and press Ctrl+Enter
Tags:News of UkraineRussiahybridwarMedvedchukinfowars