The Hizb ut-Tahrir Islamic group that is banned in Russia but legal in Ukraine. 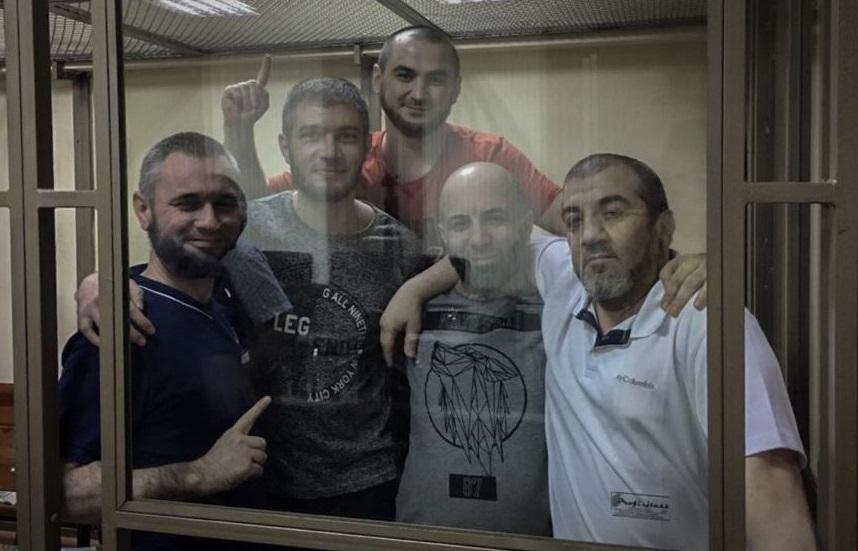 A court in Russia has sentenced five Crimean Tatars to lengthy prison terms on extremism charges that they say are politically motivated.

The North Caucasus Regional Military court in the city of Rostov-on-Don on June 18 found the five men guilty of organizing and/or participating in the activities of the Hizb ut-Tahrir Islamic group that is banned in Russia but legal in Ukraine, Radio Free Europe / Radio Liberty reported.

The men were arrested in October 2016 after Russia-controlled authorities in Ukraine's Crimea searched their homes.

Two months later, they were transferred to a detention center in the Russian city of Rostov-on Don.

Last week, eight other Crimean Tatars were arrested in Crimea and charged with belonging to Hizb ut-Tahrir.

Since Russia seized the peninsula in 2014, Russian authorities have prosecuted dozens of Crimean Tatars for allegedly belonging to Hizb ut-Tahrir.

In its annual report on religious freedom worldwide, released on April 29, the U.S. Commission on International Religious Freedom (USCIRF) said that "[in] Russian-occupied Crimea, the Russian authorities continued to kidnap, torture, and imprison Crimean Tatar Muslims at will."

Russia took control of Crimea from Ukraine in March 2014 after sending in troops, seizing key facilities, and staging a referendum dismissed as illegal by at least 100 countries.

If you see a spelling error on our site, select it and press Ctrl+Enter
Tags:News of UkraineCrimeaCrimeanTatarsoccupiedCrimea