The Presidential Administration has not yet commented on the invitation. 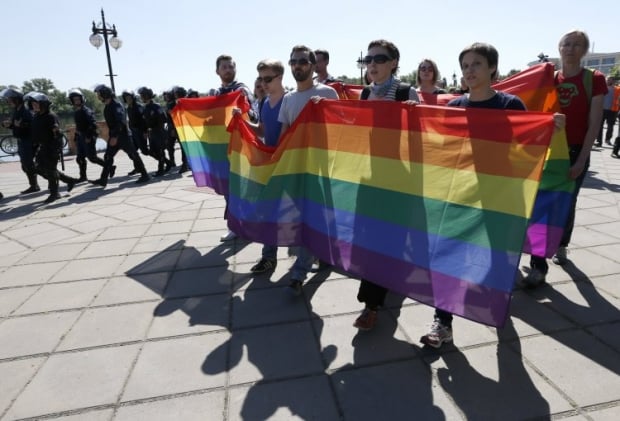 Ukrainian President Volodymyr Zelensky has been invited to join the Equality March in defense of the rights of the LGBT community in Kyiv on June 23.

"Volodymyr Zelensky has been invited to become the first president of Ukraine to attend the Equality March and support human rights. We share the position of the president of Ukraine that a person is the highest value, and the state should work for its people. On June 23, thousands of Ukrainians will attend the Equality March with faith in the European future of our country. We would be happy to see Mr. President among Ukrainians who are not indifferent to human rights, because he is the guarantor of compliance with the Constitution of Ukraine, human rights and freedoms of citizens," said the organizers of KyivPride, according to RFE/RL's Ukrainian Service.

The Presidential Administration has not yet commented on the invitation.

KyivPride events were launched on June 16 and will complete with the Equality March in Kyiv on June 23. The organizers expect at least 10,000 people will attend the March.

If you see a spelling error on our site, select it and press Ctrl+Enter
Tags:News of UkraineKyivPrideLGBTZelensky