Patriarch Filaret said on April 27 he was not satisfied with the OCU's status as a metropolis. 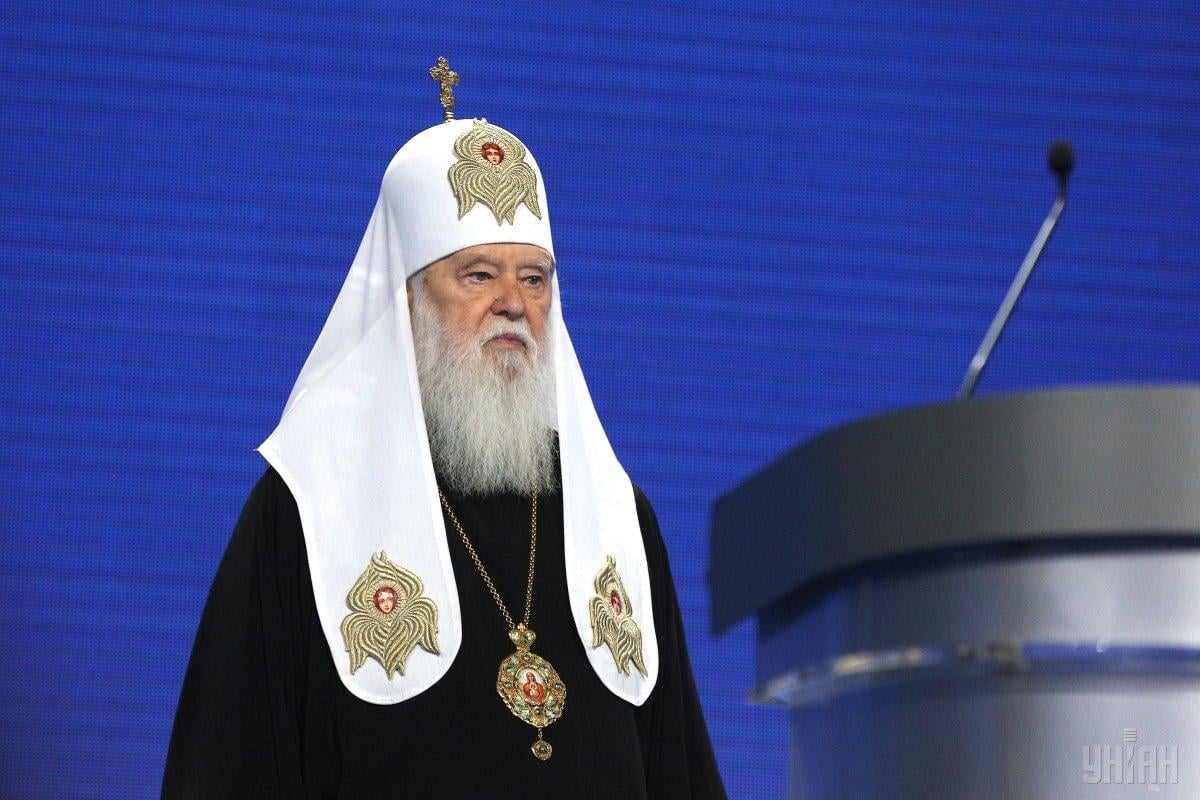 Archbishop of Chernihiv and Nizhyn of the Orthodox Church of Ukraine (OCU), Deputy Chairman of the Department for OCU External Relations Yevstratiy (Zorya) says Honorary Patriarch of the OCU Filaret is in favor of maintaining the former Ukrainian Orthodox Church of the Kyiv Patriarchate (UOC-KP) due to his "irreversible aging symptoms."

"First of all, in my opinion, there's one logical explanation of what I saw. These are irreversible aging symptoms. The Patriarch is so accustomed to a certain course of events, so accustomed to his exclusive responsibility for what is happening with the church that, as a person of a respectable age, 91, he has not accepted the new reality," the Archbishop told the news outlet Novoye Vremya on June 19, as reported by Ukrainian online newspaper Ukrayinska Pravda.

"He believes it was unfair that he was not allowed to be a candidate for the top post in the new local Orthodox church in Ukraine. But that was the Ecumenical Patriarch's requirement. Therefore, Ecumenical Patriarch Bartholomew granted the tomos [of autocephaly of the Orthodox Church of Ukraine], and his requirement was that the leaders of the churches before the Unification Council, did not nominate their candidates," the Archbishop said.

According to Zorya, Patriarch Filaret agreed to this before, but now he changed his mind.

On May 14, Filaret invited the OCU's hierarchs to the traditional UOC-KP prayer celebration in honor of holy martyr Makariy at St. Volodymyr's Cathedral in Kyiv, using invitation blanks of the Ukrainian Orthodox Church of the Kyiv Patriarchate, in defiance of the newly-created OCU which received a tomos of autocephaly from the Ecumenical Patriarchate of Constantinople.

Only four of the 60 clerics invited eventually showed up.

If you see a spelling error on our site, select it and press Ctrl+Enter
Tags:News of UkrainereligionchurchsplitFilaret