Over US$3.5 billion has already been seized from the Russian Federation to ensure compensation on such claims. 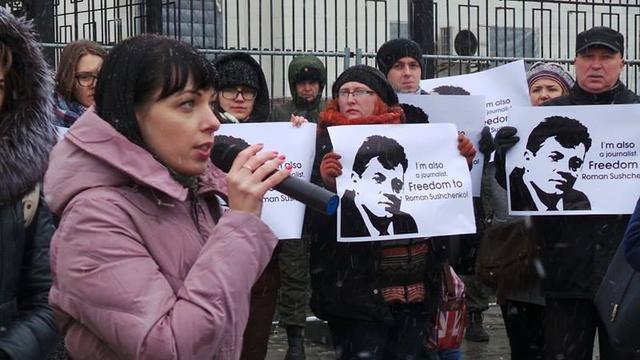 Kyiv's Solomiansky district court has ruled that the Russian Federation must compensate UAH 1.044 million, or nearly US$35,000, in moral damage to internally displaced person and Crimean journalist Anna Andriyevska.

The claim against Russia was filed under a program of NGO Sila Prava ('The Power of Law"), which was launched in 2015.

Read alsoInternational arbitration court rules to recover from Russia US$44.4 mln in favor of Ukrnafta over Crimea assets

"At the Solomiansky District Court of Kyiv, we helped Anna Andriyevska, an internally displaced person and journalist from the Autonomous Republic of Crimea, to get a court's decision on compensation for moral damage inflicted as a result of the Russian occupation of the territory of Ukraine. Now, Russia must compensate as much as UAH 1,043,778.47 (nearly USD 35K)," NGO Sila Prava said on its website.

NGO Sila Prava says every citizen of Ukraine has suffered from Russian aggression against Ukraine and is entitled to compensation.

The NGO's website says that more than US$3.5 billion has already been seized from the Russian Federation to ensure compensation on such claims.

If you see a spelling error on our site, select it and press Ctrl+Enter
Tags:News of UkrainecourtoccupiedCrimeaCrimeaAnnexationcompensation