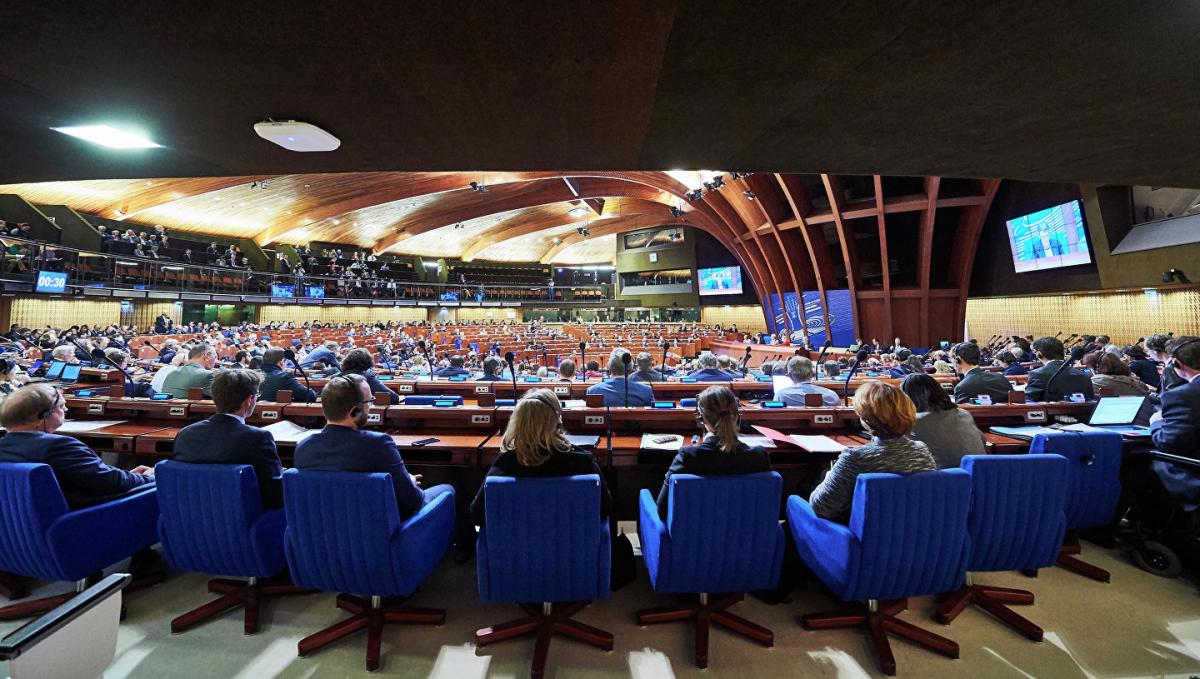 Ukrainians have launched an online flashmob protesting against the PACE move to return the Russian delegation to the organization without Moscow's fulfilling any of the conditions put forward.

"You very well know that in 2014, Crimea, part of the sovereign territory of Ukraine was annexed by the Russian Federation. Part of Eastern Ukraine was occupied by the Russian troops and rebellions. For already 5 years the blood has been shedding in Ukraine," reads a video message by Iryna Sanivska posted on social networks.

"Thousands of dead and wounded. Ukraine now protects not only itself but also Europe," the activist stresses, recalling that Adolf Hitler and Joseph Stalin implemented the project of Europe's occupation by unleashing World War II.

"Has Europe forgotten how it was split?" she asks. "Its eastern part fell into the sphere of influence of the USSR, and Western Europe, together with the backward world, tried to resist the evil empire, fearing nuclear war!"

"Since then, nothing has changed. The plans of Putin's Russia are the same as the plans of Hitler and Stalin. You can see this from the 1990s on Transnistria in Moldova, Abkhazia and Ossetia in Georgia, Crimea, Donetsk, Luhansk in Ukraine! You do remember that Hitler was preparing for World War II occupying the Sudetenland and Austria. Stalin was occupying Finland, the Baltic states! At that time, Europe silently allowed Hitler and Stalin to do so and paid its dramatic price!" the emotional statement says.

Now the war is not only in Ukraine, the war has already begun in Europe, according to the activist.

"The hybrid media war for your brains and propaganda. Over the years, Russia has invested billions of dollars in media resources and is trying to influence the democratic elections in Europe and the United States, splitting the United Europe through Britain’s Brexit and supporting separatists in Catalonia," she says.

"If Ukraine fails or falls into the sphere of Russia's influence, the question of a real war in Europe will be predetermined. Just remember how the leaders of the European countries in the 1930s of the last century did not believe in the reality of the Second World War! But it became the bloody truth," the activist concludes.

If you see a spelling error on our site, select it and press Ctrl+Enter
Tags:News of UkraineRussiaPACEflashmob