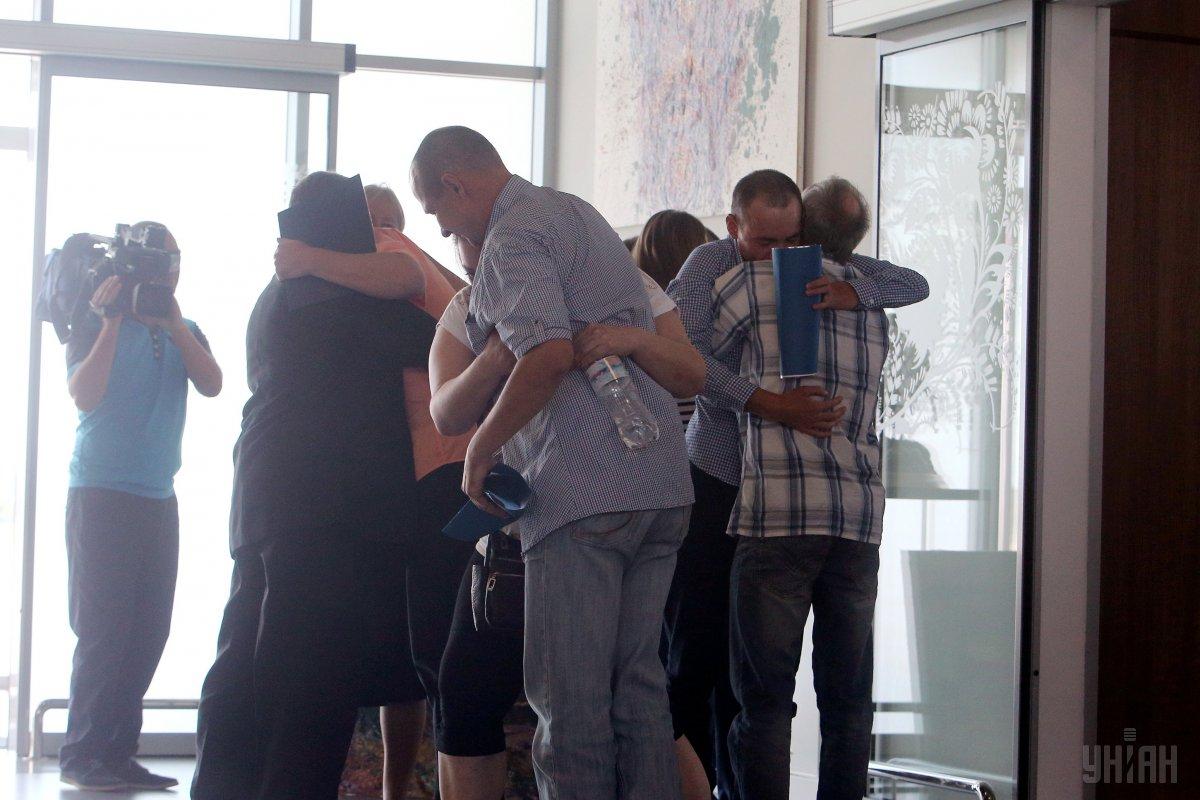 Four Ukrainian hostages who were held captive by Russian-led militants in Donbas and lately freed arrived in Kyiv on June 28.

The Ukrainians arrived at Ukraine's Ihor Sikorsky Kyiv International Airport (Zhuliany) from the Belarusian capital city of Minsk. Earlier, they were taken to Minsk from Russia's Rostov-on-Don.

The arrival of released captives and their meeting with relatives were broadcast by 112 Ukraine TV Channel.

Viktor Medvedchuk, chairman of the political council of the Opposition Bloc – For Life party, earlier said that the Ukrainians would be taken to Ukraine by a private plane.

In particular, the following Ukrainian citizens returned to their homeland:

Eduard Mikheev (born in 1964), who was detained by militants of the self-proclaimed "Luhansk People's Republic" ("LPR") and illegally sentenced to 12 years in prison;

Yakiv Veremeychyk, Ukrainian military serviceman (born in 1986), who was taken captive by "LPR" militants on May 25, 2018.

Dmytro Velyky, Ukrainian military serviceman (born in 1988), who was detained on September 11, 2016, and illegally sentenced to 15 years in prison; and

Maksym Horyainov, Ukrainian military serviceman (born in 1984), who was taken captive by militants of the self-proclaimed "Donetsk People's Republic" ("DPR") on May 22, 2019 and illegally sentenced to 15 years in prison.

If you see a spelling error on our site, select it and press Ctrl+Enter
Tags: #News of Ukraine#Russia#Donbas#militants#Kyiv#Minsk#hostages#airport#captives
Latest news