Four killed, 21 injured in bus that ran over landmine 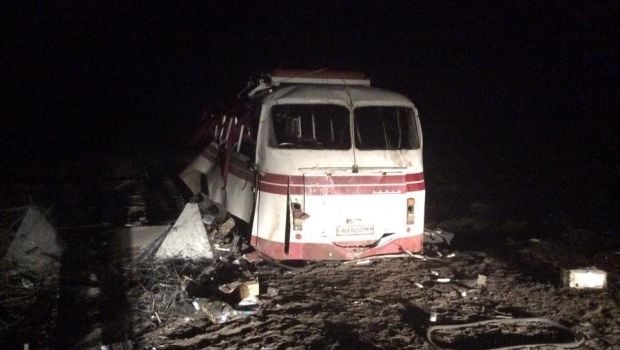 "At 2030 on Wednesday Artemivsk police received a report that a passenger bus heading from Artemivsk to Horlvika had run over a landmine in a field near the town of Maiorsk," the report says.

"As a result, four people were killed, and another 21 were injured," the report reads.

Police officers from the Artemivsk police department are now working at the scene.

The bus set off the mine when its driver to a diversion across a field in order to avoid having to pass through a checkpoint.

According to the press center of the Anti-Terrorist Operation, the bus hit a mine laid by Russian-backed militants.