The graduate's name is Bohdan Kravchuk. 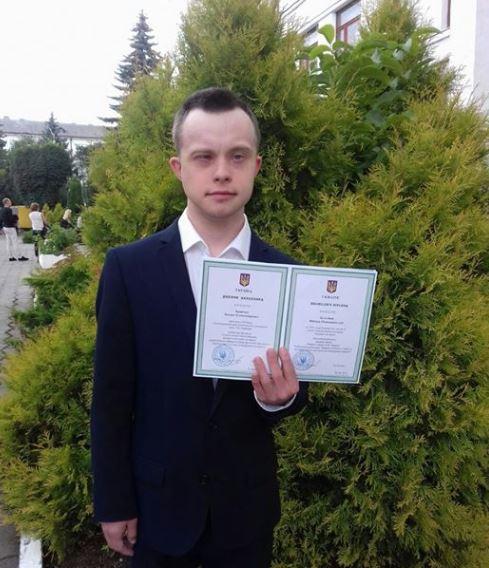 On July 11, Lutsk native Bohdan Kravchuk, a young man with Down syndrome, received a bachelor's degree in history.

He is the first Ukrainian with Down syndrome to have completed his study at a higher educational facility.

"Throughout these five years, Bohdan studied diligently and often was much more successful than ordinary students... Bohdan loves history so much that he could do otherwise and could not fail the high confidence in his capabilities," wrote Bondaruk.

Earlier, Mykola Kuleba, Commissioner of the President of Ukraine for Children's Rights, called for the inclusion of the issue of solving the problems of children with disabilities in Ukraine's development and reform programs.

If you see a spelling error on our site, select it and press Ctrl+Enter
Tags:News of Ukraineeducation