RFE/RL has also urged the release of Ukrainian Service contributor Oleh Halaziuk, who has been held by Russia-backed forces in Donetsk since August 2017. 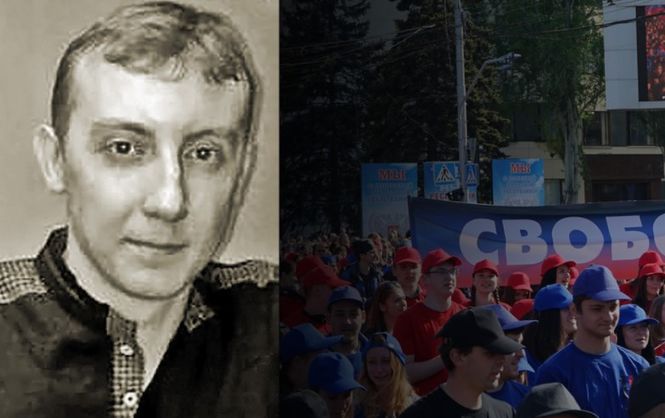 Radio Free Europe/Radio Liberty (RFE/RL) has urged Russia-backed forces to release blogger Stanislav Aseyev, who has been held in eastern Ukraine since July 2017.

Weeks later, Amnesty International said it had received information that the journalist was being held by the forces who control parts of the region.

"Stanislav has been held virtually incommunicado for two years because of his unflinching reporting from his native Donetsk," said RFE/RL Acting President Daisy Sindelar on July 17. "I know I speak on behalf of a growing number of rights advocates, government officials, lawmakers, and journalists in deploring his detention and demanding his freedom."

In July 2018, a friend and former lawmaker, Yehor Firsov, said Aseyev had declared a hunger strike and was being "kept in a damp room, sick, but does not receive the necessary medications" while under custody in Russian-occupied Donbas.

In August, a bipartisan U.S. congressional caucus called for Aseyev's immediate release, describing him as "one of the few independent journalists to remain in the region under separatist control to provide objective reporting."

The media rights group Reporters Without Borders has also voiced concern about Aseyev's treatment, which it called "increasingly disturbing."

RFE/RL has also urged the release of Ukrainian Service contributor Oleh Halaziuk, who has been held by Russia-backed forces in Donetsk since August 2017.