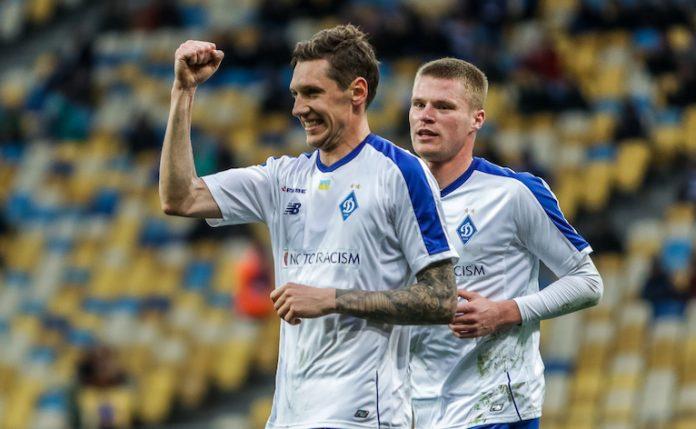 The Ukrainian Super Cup has gone to Dynamo Kyiv after Shakhtar Donetsk were beaten 2-1 at Odesa's Chornomorets stadium on Sunday, July 28.

According to FC Shakhtar Donetsk's website, the game's early stages were fully dominated by the Miners. They could have netted one in the 5th minute: Taison intercepted the ball and gave it to Marlos, who bent it into the top corner, but Boyko rescued the Dynamo team. Ismaily made a dangerous attempt immediately after that, Taison fired a long-ranger, with Marlos being late on the ball. The Kyivans created their first scoring opportunity just midway through the first half: Verbic made an attempt from the middle of the box after receiving a cross, but Stepanenko selflessly rushed to stop the ball. Immediately after that, Pyatov came to his side's rescue after Besedin's tight attempt, with Ismaily finding himself one on one with Boyko, with the Brazilian's attempt being also parried away by the Dynamo keeper. And yet, it was the Orange-and-Blacks who managed to open the scoring: in the stoppage time, Marlos delivered a corner, with the ball bouncing off to Alan Patrick, who volleyed it into the bottom corner. The first half was won by Shakhtar with 1-0.

Immediately after the break, the second goal was close to hitting the back of the Kyivans' net: Bolbat found himself right opposite the goal and sent the ball past the keeper, but Burda was backing the opponents in front of the goal line, with Ismaily's attempt being denied. Immediately after Marlos' delivery, Taison tried to backheel it home only to see Boyko showcase his great reflexes. The opponents responded with another unpleasant attempt by Verbic, which was stopped by Kryvtsov. For a short while, the teams took a break, which was interrupted by Marlos in the 71st minute: he tried to bend it into the far top corner, with the ball going just wide. Right after that, the Miners launched a 4 vs 4 counterattack, just earning a corner which ended with a wide attempt by Khocholava. Meanwhile, Dynamo's central defender Burda turned out to be luckier after heading home an 80-minute equalizer following a corner. A few minutes later, the Kyivans went in front, with Harmash putting his name on the scoresheet. Marlos could have equalized, but for his wide attempt. The Super Cup went to Dynamo.

On July 31, Shakhtar will start their Ukrainian League campaign with an away game vs Oleksandriia (starting at 19:00); and on August 4, Luis Castro's men will play the first home match of the season vs Karpaty at the OSK Metalist (kicking off at 19:30).