Lutsenko said that this week one of the defendants in the case, head of the Kherson regional council Vladyslav Manger will receive investigation materials for review before they are forwarded to court. 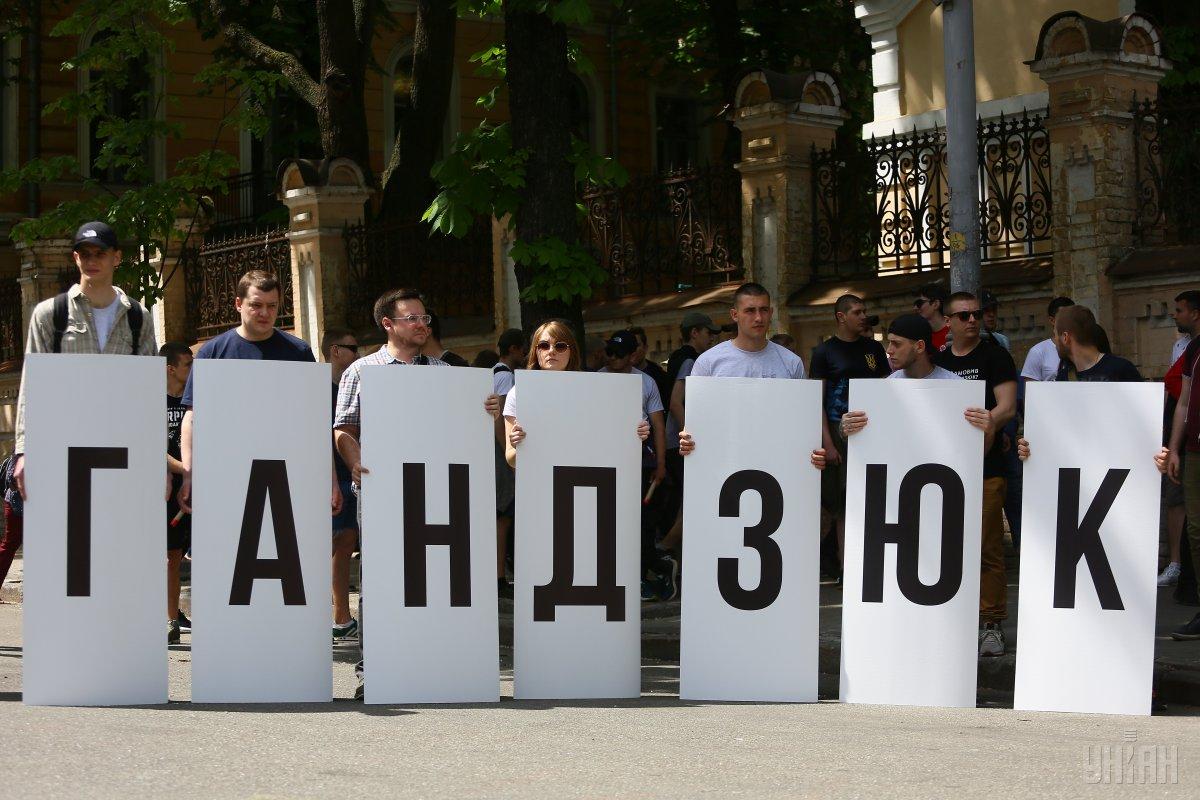 Prosecutor General Yuriy Lutsenko says new suspects may appear in the case of the murder of Kherson activist Kateryna Handziuk.

In a Facebook post published on Tuesday, Lutsenko recalled that, as of today, five people are already serving sentences for the said crime, while the investigation into another person that could be complicit in the assassination, Ihor Pavlovsky, is being heard by an Odesa court.

He also noted that the deal with the investigation, which Pavlovsky concluded, will help solve the crime.

"It is on an agreement with Pavlovsky that the possibility of bringing to justice the organizers, Manger and Levin, is based," wrote Lutsenko.

Lutsenko added that by the end of the week, chairman of the Kherson regional council Vladyslav Manger will receive a notification of the completion of the pre-trial investigation and start reviewing the materials of criminal proceedings.

Regarding the Oleksiy Levin, another suspect who already has a criminal record, Lutsenko recalled that he is now hiding abroad, but the PGO is working to have him extradited to Ukraine.

Also, Lutsenko noted that in the near future, new suspects could appear in the Handziuk case.

"There’s another episode here: are these all who are complicit in the murder? Now I'm heading off to the SBU to meet with one very important witness. If we get reliable testimony, then we may have progress regarding other persons involved in this case," the prosecutor general wrote.

Handzyuk also said that the PGO, without the consent of the victim's side, would try to strike a deal with Pavlovsky if he pleaded guilty.

UNIAN memo. Kherson activist, adviser to the Mayor of Kherson and acting manager of affairs at Kherson City Council's executive committee Kateryna Handziuk, 33, on July 31, 2018, survived an act of acid throwing. She suffered burns to more than 35% of her body and underwent 11 operations in Kyiv. Handziuk died on November 4, 2018. The immediate cause of her death was a severed blood clot resulting from the acid attack. Police originally qualified the attack as an attempted murder committed with extreme cruelty, then its status was changed to completed murder.

Six suspects were detained, one of whom, Mykola Novikov, was later released from custody as charges against him were dropped. The alleged participant in the assassination, Serhiy Torbin, and Mykyta Hrabchuk, another suspect in the case, were remanded in custody. Three other suspects – Vyacheslav Vishnevsky, Volodymyr Vasyanovych, and Viktor Horbunov – were placed under house arrest.