The flag was hoisted in memory of four soldiers killed in Donbas on August 6, 2019. 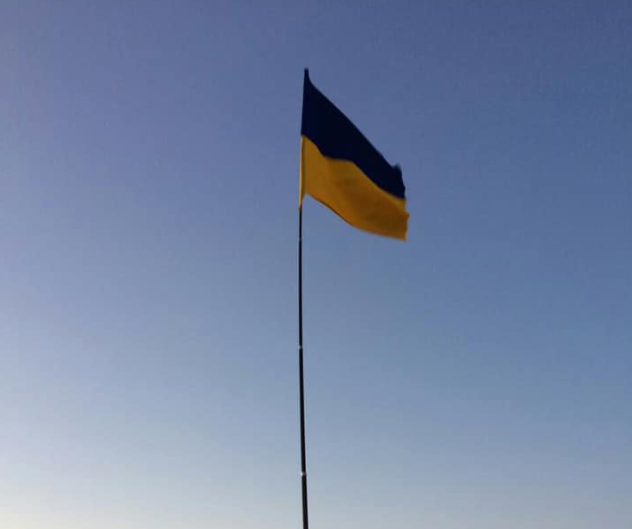 The Ukrainian flag has been hoisted by local patriots in the city of Sudak in occupied Crimea.

"This morning, the Ukrainian flag was hoisted by local patriots in the temporarily Russian-occupied city of Sudak of the Autonomous Republic of Crimea in memory of four soldiers killed in the Joint Forces Operation zone on August 6, 2019," adviser to the head of Kherson Regional State Administration Bohdan Kovaliov wrote on Facebook.

As UNIAN reported earlier, four servicemen of the Armed Forces of Ukraine were killed near the village of Pavlopil in Donbas on August 6.

If you see a spelling error on our site, select it and press Ctrl+Enter
Tags:News of UkraineCrimeaUkrainepatriotsflagRussianOccupation