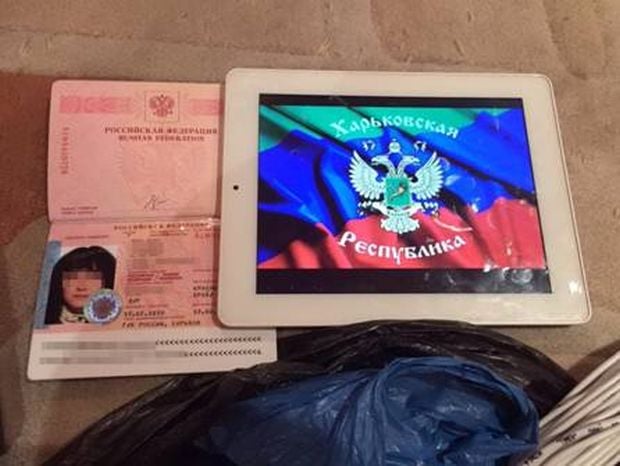 "A citizen of the Russian Federation, an employee of the so-called Ministry of Public Security of the Donetsk People’s Republic named Teresa coordinated the criminal activities of subversive groups in Kharkiv region," the report reads.

"It is known that in early 2014 she was an active member of the Kharkiv Antimaidan and pro-Russian protests. Later, she joined the militants in Donetsk, where she entered the so-called ‘ministry,’ which, under the leadership of the Russian special services, created subversive groups to commit terrorist acts in Ukrainian cities," the report says.

"On the instructions of her leader, named Dok, a woman arrived in February in Kharkiv to gather intelligence and coordinate sabotage and subversive groups," the press center said.

The officers of the SBU found an improvised explosive device, ammunition, and anti-Ukrainian symbolism at the place of her temporary residence.

As UNIAN reported earlier, a stele with Ukraine’s national flag was attacked by a bomber on Prospekt Pravda in the center of Kharkiv early on Tuesday morning. The bomb attack on the stele was classified as a terrorist act.