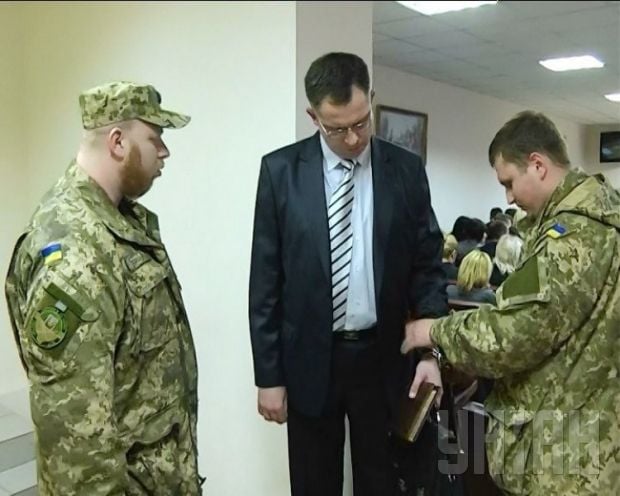 Investigators and prosecutors carried out searches at the places of residence and work of the officials after they were detained by law enforcement officers.

"During these investigative activities the investigators found funds, including [cash from] bribes of $110,000 and UAH 2.75 million. In addition, the officers seized documents and records that were evidence that these people received bribes every month from businessmen who were engaged in both legal and illegal business," the report says.

A pre-trial investigation is being carried out by officers of the Main Military Prosecutor's Office.

As UNIAN reported earlier, presidential press secretary Sviatoslav Tseholko wrote on Facebook that the city prosecutor was detained during the presentation ceremony of the new prosecutor of Donetsk region. The operation took place in the framework of the fight against corruption in the area of the Anti-Terrorist Operation.