In total, the Ukrainian national team has seven medals – three gold, three silver and one bronze. 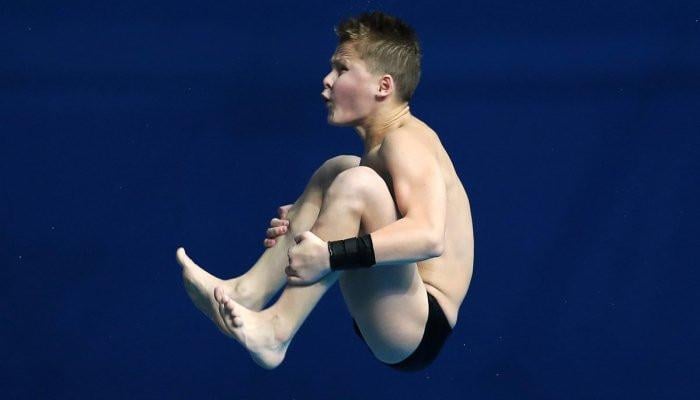 Thirteen-year-old Oleksiy Sereda has become the youngest gold medalist ever in the history of the European Diving Championships, hosted by Kyiv on August 5-11, 2019.

His score in a men's 10m platform competition was 488.85 points. Benjamin Auffret of France ranked second with 474.90 and Ruslan Ternovoi of Russia came third with 445.25.

Sereda lowered the age record of Tom Daley (Great Britain) who won the title, being 13 years and 10 months old in Eindhoven in 2008. The Ukrainian diver is now 13 years and 7 months old.

Sereda previously qualified for the 2020 Olympics in Tokyo, Japan.

In total, the Ukrainian national team has seven medals – three gold, three silver and one bronze. The team ranks second in the final medal standings after Russia (12 medals).

If you see a spelling error on our site, select it and press Ctrl+Enter
Tags:News of Ukrainesportsgoldmedal