Standing in her way in round 2 is two-time U.S. Open champion Venus Williams. 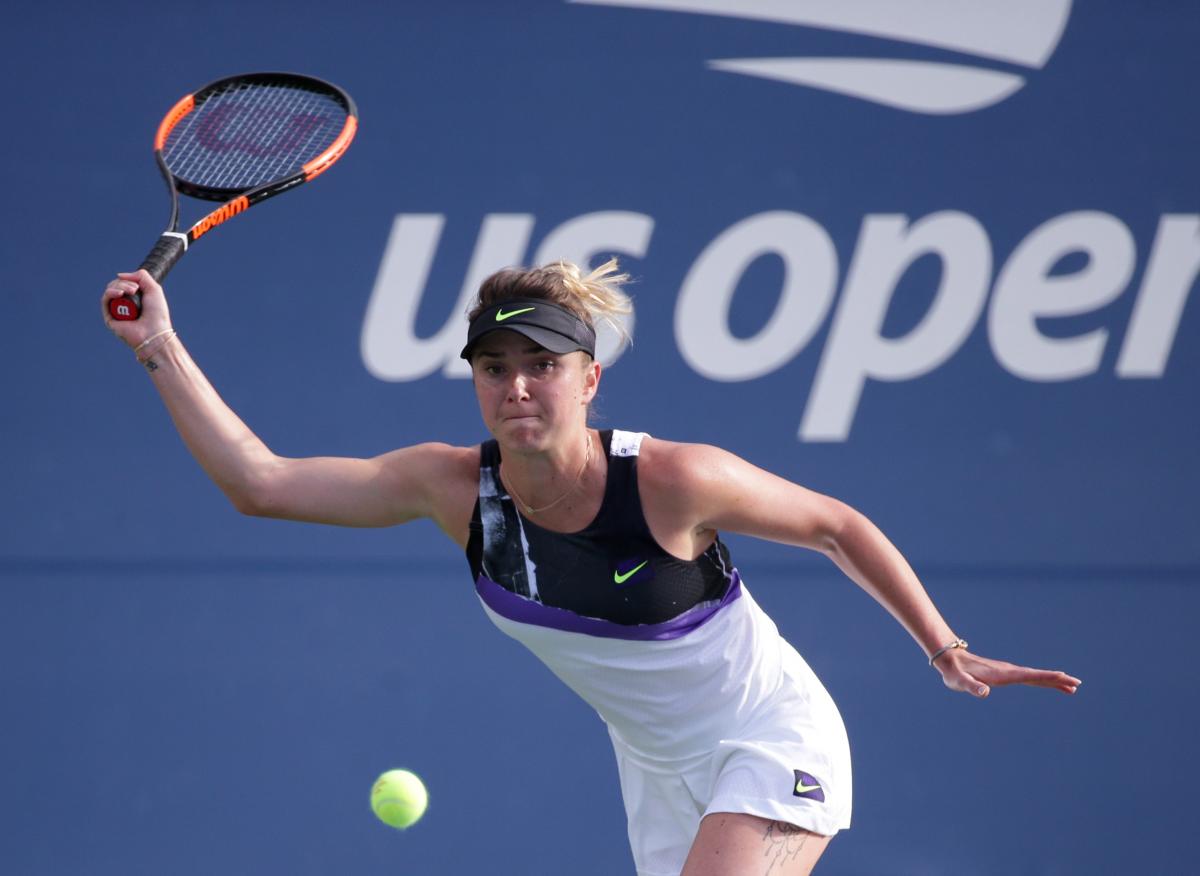 Ukrainian Elina Svitolina proved her No. 5 ranking in dominating fashion by fighting off a second-set challenge from American wild card Whitney Osuigwe, 6-1, 7-5, on Court 17 in round 1 of the 2019 U.S. Open in Flushing Meadows on Monday.

"I was expecting a tough, tough one today," Svitolina said after the match. "I was expecting that she would come out and try to be aggressive. In the end, I was playing a really, really solid game I would say. She was up and down, but in the end it was very important for me just to bring my game, to bring consistency. I think this was the key," according to the tournament's official website.

Despite swatting away a break point in the fourth game, Svitolina wasn't seriously tested until serving for the first set at 5-0. Her 17-year-old opponent took advantage of a spate of uncharacteristic errors by the 24-year-old to get on the scoreboard, only to double fault the set away to Svitolina in 25 minutes.

Osuigwe found her range in the second set, nearly doubling her winners (from seven to 13) while Svitolina's unforced error count soared from three to 14. Becoming more relaxed in her first career meeting versus a Top 10 opponent, Osuigwe traded breaks and clenched fists with Svitolina until the last point. Saving the best for last, Svitolina stepped in and unleashed the final of her 17 winners to punctuate the end of their longest rally.

"I think anywhere you go, you play the home player, it's always going to bring the best out of them," Svitolina said. "Maybe not the beginning because you're nervous, but at some point. I could feel she was a bit nervous. I needed to step up my game."

Svitolina is coming off a career-best Grand Slam showing at Wimbledon, where she became the first Ukrainian woman to reach the semifinal stage before losing to eventual champion Simona Halep. Additionally this season, Svitolina advanced to the quarterfinal at the Australian Open, San Jose and Toronto, and earned semifinal berths at Doha, Dubai and Indian Wells. Svitolina is looking to improve on her twin-best Round of 16 finishes at the U.S. Open in 2017 and 2018, when she fell to eventual runner-up Madison Keys and Anastasija Sevastova, respectively. Standing in her way in round 2, however, is two-time U.S. Open champion Venus Williams.

If you see a spelling error on our site, select it and press Ctrl+Enter
Tags:News of UkraineUkraineUSASvitolinatennissportsmatch