She has been hiding from Ukrainian law enforcement beyond the country's borders since 2014. 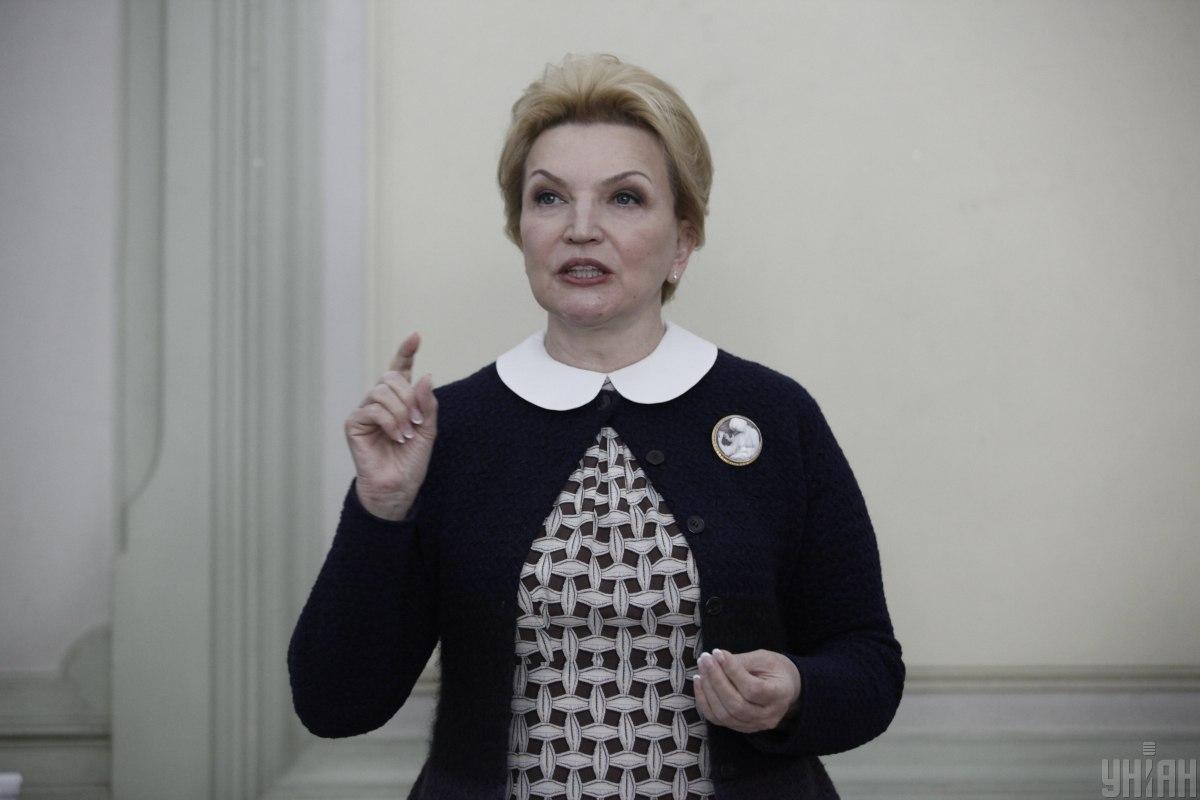 Former Minister of Health of Ukraine Raisa Bohatyriova was detained by border guards at Kyiv's Zhuliany Airport upon her arrival in Ukraine, press secretary of the National Police Yaroslav Trakalo told UNIAN.

"She was detained by border guards in the Zhuliany and handed over to the National Police. More details will come tomorrow," he said.

The Ukrayinska Pravda online outlet says Bohatyriova arrived in the afternoon of Tuesday, Aug 27. "Bohatyriova was ID'ed on a flight that arrived from Minsk. Border guards found out that there was a relevant order from one of the law enforcement agencies," the press service of Ukraine's State Border Guard Service said.

Bohatyriova had been on the run since 2014 after she was charged with embezzlement of budget funds in 2012 in the amount of UAH 6.5 billion on medication and equipment procurement.

According to the website of the Ministry of Internal Affairs, the court ruled to remand Bohatyriova in custody.

In January 2015, the ex-minister was put on Interpol's "red notice."

In September 2016, Ukraine's police official Artem Shevchenko said that Interpol withdrew a red notice against the suspect "because they allegedly saw politics in persecution."

According to the PGO, in relation to Bohatyriova, the procedure of conviction in absentia is being applied.

In turn, The Newsroom telegram channel reports that Bohatyriova's name had not yet been removed from the wanted list despite the court's ruling ordering that the Prosecutor General's Office to close the case against her.

It is also noted that Bohatyriova was allegedly taken to the Pechersky District Court to have judges select a preventive measure, but the court refused to hear the case citing non-working hours.

According to zn.ua, earlier the Holosiivsky District Court of Kyiv ordered the Prosecutor General of Ukraine to close the case against Raisa Bohatyriova. The ex-official's defense asked the court to close the case due to the lack of evidence of guilt, the absence of a criminal offense, and the expiration of the pre-trial investigation.