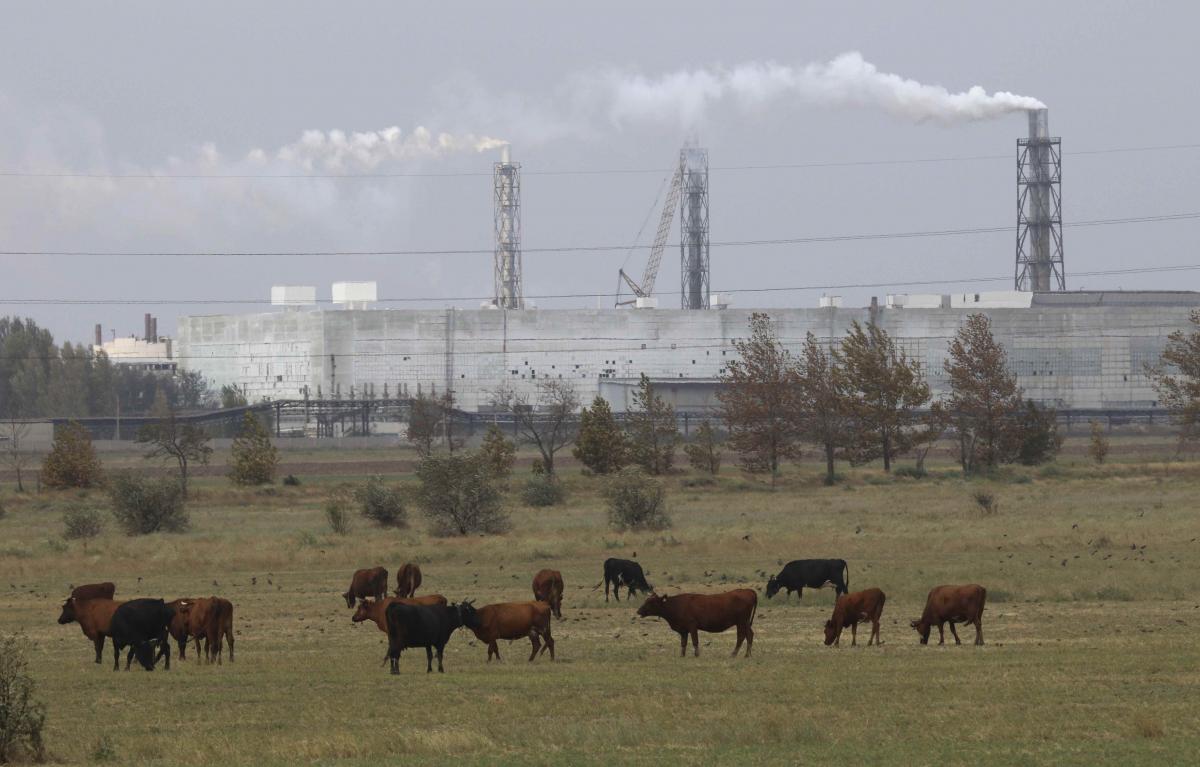 Inhabitants of the town of Armyansk, in the northern part of Russia-occupied Crimea, once again noted a deterioration in the environmental situation.

Locals smelled chemicals in the air on Aug 29. At the same time, occupation authorities are trying to cover up the issue, reports RFE/RL's media project Krym/Realii.

"Emissions in small portions are a constant occurrence. At night, I have my windows slightly open, so I can smell this. But this is not acid, it's something else. The day before yesterday there was a larger emission, at about 5:00 in the morning. Underneath my window, roses instantly 'burnt out'," local activist Yekaterina Pivovar told the outlet.

At the same time, symptoms of poisoning are observed among the children: rash, cough, and burning eyes. The symptoms become more apparent in the afternoon and night hours.

"There is a smell of sulfur in the air and a sweetish taste in the mouth. Visitors are horrified, asking what is happening here because they feel they started feeling worse over the past three days. Many say their chronic diseases resurfaced, so they feel that something is wrong here. We're seeing some greasy layer of something on the walls, the windows, and the cars. As far as I heard - I don’t know whether it's true or not - they halted operations at one of the industrial facilities over the emissions because people started complaining again," says one of the activists.

If you see a spelling error on our site, select it and press Ctrl+Enter
Tags:News of UkraineCrimeaenvironmentoccupiedCrimeaecologyhazard