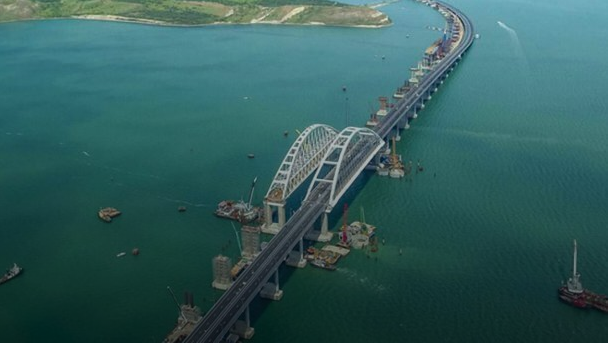 "It seems the bridge was created not for convenience, but to destroy everything around. There are constant incidents with it. Putin's project has already affected the Black Sea. The bridge is sagging more and more, and the depth of the strait is decreasing, which results in huge environmental problems," the blogger wrote on Twitter August 3.

As UNIAN reported earlier, Russia started building the Kerch Bridge back in April 2015. On May 15, 2018, the motorway part of the bridge was opened, connecting the Russian Krasnodar Krai with occupied Crimea. Railway traffic on the bridge will reportedly be launched on December 9-10.

If you see a spelling error on our site, select it and press Ctrl+Enter
Tags:News of UkraineRussiaCrimeabridgeBlackSeaKerchStrait