It was the first case of productive cooperation at the official state level between the two countries in the return of objects cultural heritage illegally taken from Ukraine. 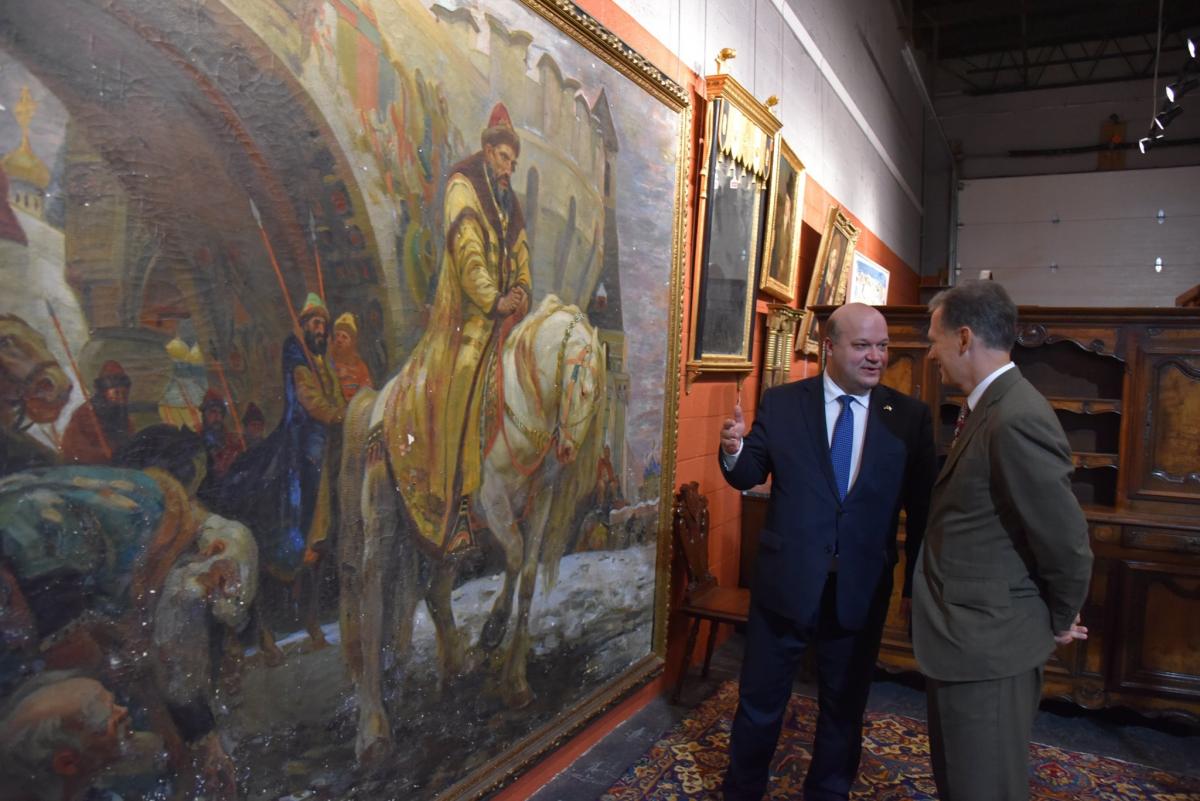 The Embassy of Ukraine in the United States, together with the Foreign Intelligence Service of Ukraine in cooperation with the FBI, the U.S. State Department and the Columbia District Court, have completed long-standing procedures, allowing for the return to Ukraine of a 19th century oil painting by Mykhaylo Panin " "Secret Departure of Ivan the Terrible before the Oprichnina".

The painting was stolen from the Dnipropetrovsk art museum during Germany's occupation of Ukraine.

The Ukrainian embassy's press service says it was the first case of productive cooperation at the official state level between the two countries in the return of objects cultural heritage illegally taken from Ukraine.

Particularly important in the process of returning the work of art was full cooperation of the American family of David and Gabriella Tracy, who have had the painting in their house for the past thirty years and only recently learned about its origins.

At the official ceremony of Ukrainian authorities receiving the painting from the U.S. side, Ambassador Valerii Chaly expressed gratitude to everyone involved whose efforts made "this historic day" a reality, and noted that the return of the painting to Ukraine was a result of many years of joint work, as well as an eloquent gesture not only of strategic partnership between Ukraine and the U.S. governments, but also of friendship between the two peoples.

Also, the ambassador expressed hope that the open path to cooperation between Ukraine and the United States in the return of cultural property will bring many more new successful projects in the future.