US paratroopers arrive in Ukraine to conduct military training 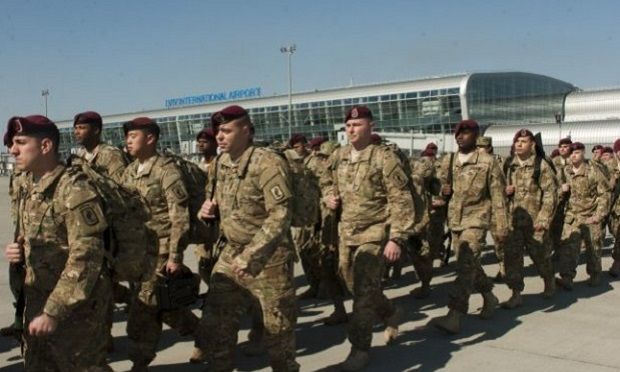 As UNIAN reported earlier, Interior Minister Arsen Avakov said that the joint exercises of 290 paratroopers from the 173rd U.S. Airborne Brigade and 900 fighters from National Guard combat units would start at the Yavorivskiy training grounds in Lviv region on April 20.

The exercises will involve National Guard battalions, such as Azov, Kulchytskiy, Jaguar, Omega and other units from Kyiv, Kharkiv, Zaporizhia, Odesa, Lviv, Ivano-Frankivsk and Vinnytsia.

"After completing the exercises, the U.S. partners will provide the National Guard units with a special ammunition and communications equipment," Avakov said.