Balukh says he was threaten with sexual abuse. 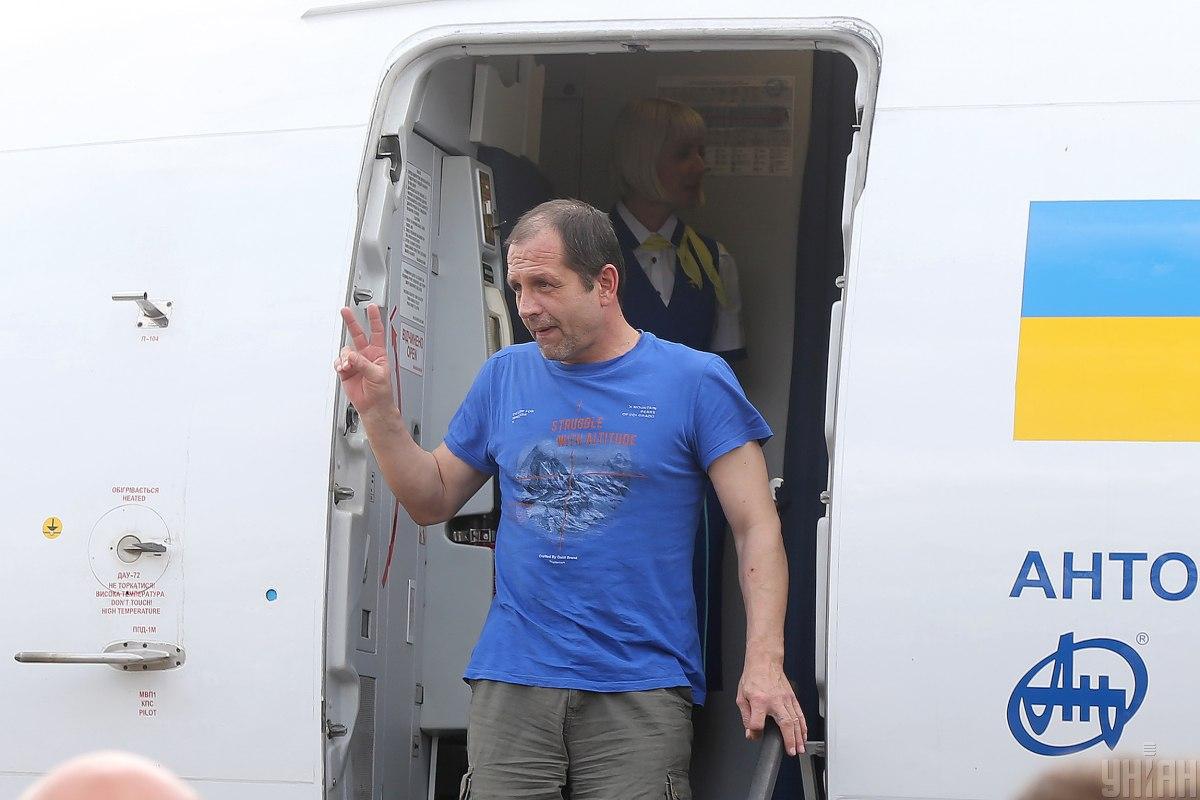 Ukrainian political prisoner Volodymyr Balukh, who has recently been freed from Russian captivity in a prisoner swap, has said he was tortured immediately after arriving in the Russian colony.

"I was beaten in the colony. There were a lot of them, about 10 people, at least eight. I did not see exactly who was beating me. I was standing facing the wall... They were beating me in the legs, in the liver and kidneys. In the back of my head... I was facing the wall, I was in a stretched position till the awful physical pain," he said at a press conference on September 16.

According to Balukh, "severe physical violence" was used against him in Russia's Tver detention center.

"It was torture with threats of sexual abuse... followed by beating, a pillowcase put on the head, water torture, beating on all parts of the body, the use of an electric stunning device on the heels, on the legs, on the ears. And threats of sexual violence," he said.

Balukh, a Crimean farmer, was detained by Russia's FSB Federal Security Service on December 8, 2016. FSB operatives claimed they had allegedly found 90 ammunition rounds and several TNT explosives in his attic. On July 5, 2018, a Russian-controlled in Crimea sentenced him to five years in a penal colony and a RUB 10,000 fine. On October 3, 2018, the so-called "Supreme Court of Crimea" reviewed Balukh's original verdict and reduced his term to four years and 11 months.

If you see a spelling error on our site, select it and press Ctrl+Enter
Tags:News of UkraineRussiaUkrainetortureBalukhpoliticalprisonerprisonerswap