His next appearance before the Supreme Court is on October 9, which is when he could be freed. 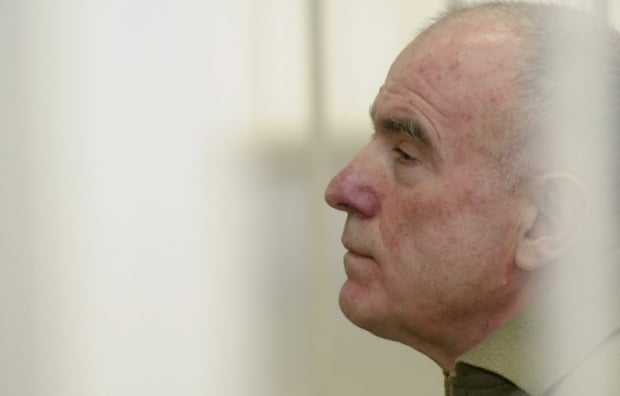 The New York-based Committee to Protect Journalists (CPJ) on September 16 "expressed concern" over the possibility that a former Ukrainian police general who confessed to the murder of a journalist may have his life prison sentence commuted.

Oleksiy Pukach, who once headed the surveillance department of Ukraine's Interior Ministry, was sentenced in January 2013 for the murder of Georhiy Gongadze 13 years earlier on September 16, Radio Free Europe / Radio Liberty said.

After his disappearance that day, Gongadze's beheaded body was found two months later in a forest near Kyiv that sent shock waves through society and immediate calls for a thorough investigation.

Pukach, meanwhile, has given conflicting accounts over the years, and has been appealing his life sentence for the past six years.

His next appearance before the Supreme Court is on October 9, which is when he could be freed.

"Nineteen years after the brutal murder…of Gongadze, there are concerns the confessed killer may go free. Ukrainian authorities should not allow impunity for journalists' killings to reign," said Gulnoza Said, CPJ's European and Central Asia program coordinator. "There must be full justice…and the masterminds must also be held accountable."

In his appeals, Pukach said he took orders from above, mainly from then-Interior Minister Yuriy Kravchenko.

In turn, Kravchenko died from two gunshot wounds to the head, the day before he was supposed to give testimony to prosecutors in March 2015. His death was ruled a suicide.

In a July interview with the Kyiv Post, Pukach said he "overstepped" his powers, but that he "served the full sentence already for this crime…they had no right to give me life in prison."

He was convicted for kidnapping the journalist, taking him to a forest, killing him, decapitating him, and then trying to cover up the crime.

Gongadze's widow, Myroslava Gongadze, told CPJ that "Pukach's release would be a serious hit to media freedom in Ukraine. It would show that perpetrators of crimes against journalists are not fully held accountable before the law."

If you see a spelling error on our site, select it and press Ctrl+Enter
Tags:News of UkrainemediafreedomGongadzejournalismjournalistmurder