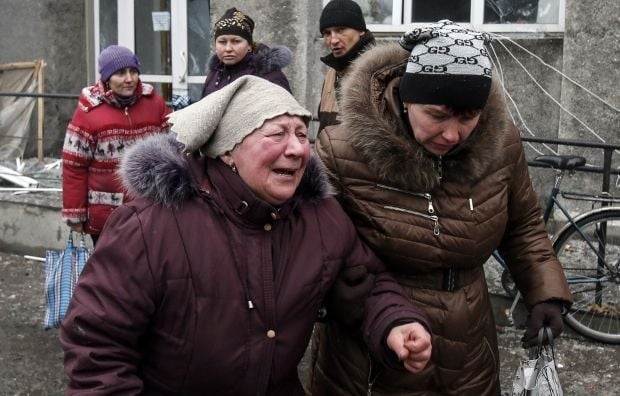 According to the report, the number of refugees increased by 23,600 people over one week.

"According to the United Nations High Commissioner for Refugees, as of April 16, a total of 800,961 Ukrainians had filed a request for asylum, a residence permit or another legal status in neighboring countries," the document says.

The number of people fleeing from the Donbas in other regions of Ukraine as of April 15 has reached 1.228 million people.

"This is about 15,000 people more than the previous week," the report reads.

As reported earlier, according to the UN, more than 6,100 people were killed and more than 15,400 injured in the Donbas conflict zone in eastern Ukraine since fighting broke out there in mid-April last year.

As UNIAN reported earlier, the UN UNICEF Foundation said that a total of 44 children had been killed as a result of military clashes in the east of Ukraine. According to the organization, about 1.7 million children are suffering hardship.

At the same time, according to the report of the UN, about 400 civilians have been killed since the beginning of 2015 as a result of the conflict in eastern Ukraine.